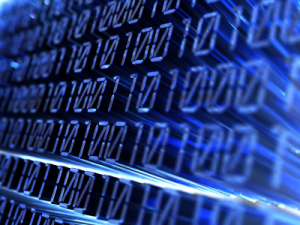 Supercomputer to crunch
brain imaging data
UCLA neuroscientists said this week the government has given them approximately $19 million in NIH stimulus funds, via the American Recovery and Reinvestment Act, passed by Congress this year, to study brain disease.

"The grant is designed to help accelerate investment in science in a way that would not only move the field forward but would have positive economic consequences," Arthur Toga, director of the UCLA Laboratory of Neuro Imaging, tells DOTmed News.

He says the government gave UCLA the money so scientists could buy the newest generation supercomputer, which is able to interpret brain image data faster and better than ever before.

"The grant is meant to help develop new devices, make new discoveries and bring people into the workforce that we might not otherwise be able to afford," Toga says.

Since Toga is in the midst of finalizing his decision on which brand of computer to buy, he says he doesn't want to sour the deal by disclosing which companies are on his short list.

Toga says his team will use MRIs to look at the brain and will interpret the findings using the new computational system offered by the cutting-edge computer.

"Actually, we'll look at a variety of neurological and psychiatric disorders and there are particular structural and functional brain features that we can measure and map," Toga says.

For example, he notes his team plans on combining data from lots of individuals to better understand the progression or state of Alzheimer's and schizophrenia.

In some cases, Toga says, treatment would have limited efficacy but "we believe that seeing and analyzing neurological conditions is an important process in better understanding the diseases themselves and the regions of the brain that are adversely affected" by the central nervous system disorders.

Of course our goal is to treat the diseases," Toga says.