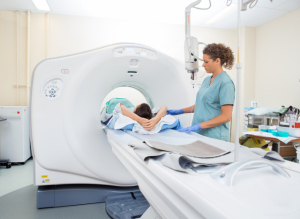 Historically, radiation dose concerns have dissuaded physicians from aggressively using CT and X-ray to diagnose a patient. According to a team of researchers at Loyola, however, those concerns are misguided and may result in more deaths from missed or delayed diagnosis than would be derived from radiation exposure. They credit this paradox to a linear non threshold (LNT) view of dose exposure.

The LNT hypothesis essentially argues that if a big dose is very bad then a small dose is a little bit bad. In their report, the researchers make the case that the LNT model is not based on scientific research but instead on somewhat reckless assumptions. They maintain this unproven perception of dose exposure does more harm than good for cases that depend on advanced imaging to obtain correct diagnoses.

“Our purpose in this article is to help people realize that we have been fooled for some seven decades about a scientific fact that was misinterpreted,” Dr. James S. Welsh, lead researcher and radiation oncologist and professor at the Loyola University Chicago Stritch School of Medicine, told HCB News. “This false paradigm has been a steadfast hypothesis with no evidence to support it, and much evidence to refute it, for all these years.”

Welsh, who was elected in June to serve as the president of the American College of Radiation Oncology, maintains that X-ray and CT are not a cancer risk.

“In fact, once the LNT (hypothesis) is rejected, it becomes clear that the radiation from CT scans or screening mammography should decrease, rather than increase, one's probability of developing cancer,” he said.

He said people in the U.S. are living longer than ever, despite the increase of radiation from all background sources. Such sources, he said, occur from other human-generated products/services such as farming, tobacco smoke, airplane travel, potable water, construction materials, and various consumer products. Welch maintains that it is the dose that matters, not the mere presence of radiation.

“It is important to keep in mind that even within the LNT-based approach, radiation is not the only, or even most important, risk involved,” said Welsh. “Yes, imaging studies are on the rise and, therefore, the population radiation dose is increasing. But exploratory surgeries and the approach of watchful waiting, both known to increase mortality, are on the decrease - a good thing.”

The most recent study article follows an initial study published last June in Technology in Cancer Research & Treatment. In that study, Welsh and his team concluded that the current body of evidence supporting a connection between low-dose exposure and cancer is based on bad science. As reported by HCB News, Welch maintained: “No data have ever unequivocally demonstrated the induction of cancer following exposure to low doses and dose rates.”

He said that he and his research team, which included Ph.D. and M.D. associates, have received strong support from many colleagues for their studies.

According to Welsh, even the low dose advocacy groups – such as Image Wisely – would agree that when reduced exposure is over-prioritized, image clarity is compromised. Repeat exposures are costly to the health care system and only ensure an even larger dose to the patient.

“People with diseases needing modern, skilled diagnosis and treatment should not be plagued with doubts that the tools that can help heal them might also make them ill…” added Welsh.