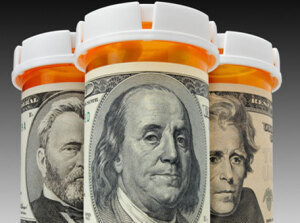 The "Big 3" imaging companies accounted for three-quarters of all world medical imaging equipment revenues last year, according to a Frost & Sullivan webinar Thursday on global financial trends in the industry.

GE, Philips and Siemens accounted for 78 percent of the world's estimated $24.1 billion in new imaging equipment sales for 2012, Frost and Sullivan senior analyst Roberto G. Aranibar said. Companies in the second tier, Fujifilm, Hitachi and Toshiba, together made 11 percent of sales.

The remaining 11 percent was held by an unnamed mix of other companies.

Aranibar said the numbers only included new equipment sales, not software, service, contrast agents or used equipment, and that factoring those in might affect the sales rankings.

He also said the Big 3's dominance could be challenged in the coming years. Fujifilm recently bought SonoSite, a point-of-care ultrasound maker, and Samsung is getting into imaging equipment, with its 2010 purchase of Medison, an ultrasound company, and its January buy of NeuroLogica, which makes portable CT scanners.

"They're starting to expand into even the more advanced modality sectors," he said.

The imaging equipment market is facing shifts elsewhere, too. Emerging markets, particularly in Asia, account for about one-third of the total market now, but that figure could climb to more than 40 percent by 2017, according to Frost & Sullivan forecasts. For now, too, the split between basic modalities, such as X-ray and ultrasound, and advanced, such as MRI and CT, is pretty even, with each taking up about half the world market. But Aranibar said over the next few years, advanced modalities will decline as a proportion of total sales in developed markets, while taking up a bigger piece of the pie in emerging markets.

The webinar was titled: "Global trends and transitions shaping the future of medical imaging equipment."

Change Healthcare's Stratus Imaging PACS live and in clinical use