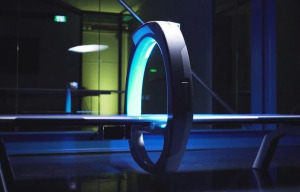 Nanox has agreed to acquire Zebra Medical Vision, USARAD and Medical Diagnostics Web
Israel-based Nano-X Imaging (Nanox), the developer of a novel X-ray technology aimed at dramatically lowering the cost of entry to provide medical imaging, has gone on a spending spree announcing two acquisitions totaling up to $230 million.

The company will obtain Zebra Medical Vision, an Israeli company that develops imaging AI applications for the detection of chronic disease, for up to $200 million. It has also entered a binding letter of intent to acquire USARAD, a U.S.-based teleradiology provider with over 300 certified radiologists, for $30 million.

Zebra Medical is expected to run as a wholly-owned subsidiary under the Nanox brand and its AI will be embedded into Nanox’s imaging equipment with a scalable cloud infrastructure used to make scanning more accessible and affordable to populations globally. The deal with Zebra Medical stipulates that $100 million will be paid upfront and up to an additional $100 million, subject to certain deductions, will be paid upon achievement of certain milestones.

Nanox received FDA 510(k) clearance for its single-source Nanox.Arc digital X-ray technology in April. The system, which produces 2D CT and tomography scans, is intended to increase access for two-thirds of the world where imaging and screening are lacking, as well as decrease waiting times and help detect serious or chronic illnesses in early stages.

The $30 million deal with USARAD, if completed, would position Nanox as a provider of subspecialty radiology and teleradiology. These offerings could open the door to medical billing capabilities with a meaningful revenue potential, quality assurance, and compliance, eliminating the company's reliance on third parties for these services.

Earlier this year, the two companies announced a partnership to introduce a radiology diagnostic service using USARAD's radiologists and over 20 AI-based decision-support algorithms, (including Zebra Medical, Aidoc and Qure.AI).

With the current deal, Nanox could potentially offer its Nanox.Arc systems to USARAD customers. Of note, Siemens holds a meaningful equity stake in USARAD.

As part of its acquisition of USARAD, Nanox would acquire all assets of its related company, Medical Diagnostics Web (MDW), a blockchain platform designed to connect all players in the diagnostic digital imaging ecosystem.

“The global shortage of trained radiologists represents a significant bottleneck in the imaging process,” said Ran Poliakine, chairman and CEO of Nanox. “The Nanox.Arc, together with the acquisitions of Zebra Medical Vision and USARAD, if consummated, would move us toward our vision of deploying our systems and have the support of a large network of radiologists empowered with highly advanced AI algorithms that will allow for the rapid interpretation of medical images into actionable medical interventions, which would represent an end-to-end, globally connected medical imaging solution.”

Online stock commentator Citron Research issued a report in September 2019, criticizing Nanox for a variety of reasons. The report claimed Nanox had failed to produce any evidence comparing the efficacy of Nanox.Arc to conventional CT scanners. It also took issue with the company’s description of its product as “novel” and “innovative” when it has only reported $7.5 million in R&D spending since its founding in 2018. The report also pointed out that the company filed a 510(k) application for its product, indicating the technology is similar to previously cleared devices already on the market.

Nanox rejected the allegations, claiming the Citron report made “factual errors and misleading speculations” about its business activities. “Nanox believes that the allegations in the report are completely without merit and strongly condemns the publishing of the false and misleading information contained in this report," the company wrote in a statement at the time.