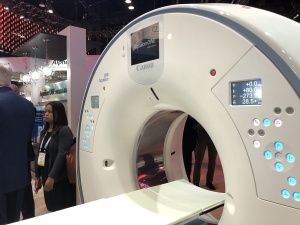 Pyrus, a low-code platform, will manage the internal processes of Canon’s CT, MR and ultrasound systems, from development stages to distribution, at medical practices in more than 150 countries worldwide. "Fast and proper functioning of these operations is considered essential at this time, as the world continues to combat the COVID-19 pandemic," says Denis Cherednichenko, general director at RP Canon Medical Systems.

"Having one single system to facilitate seamless collaboration across teams in different offices and countries, and with field and remote employees, contractors, and customers will be a game-changer in our fight against COVID,” he said.

The project will consist of four stages, with the first including automation of product configuration, service desk, and contract approvals processes. RP Canon sales will be able to interact with customers on-site through the Pyrus mobile apps; while commercial proposals, contracts, purchase orders and other documents will be generated automatically, in just a few clicks, based on the templates. Analytics and reporting will also feature a sales funnel, and after each contract signing, implementation tasks will be transferred fast to the Logistics, Site and Service departments in a single Pyrus System.

“Today's environment presents a unique opportunity for visionary enterprises, like RP Canon Medical Systems, to build a new type of organization: fast, vivid, and ever-changing, ready to continuously reinvent itself. It is our honor to help strengthen the global healthcare system and fight the pandemic together with Canon Medical,” said Pyrus CEO Max Nalsky.

RP Canon Medical Systems is a newly formed subsidiary of Canon through a partnership with RPharm Group.

Implementation of the first stage is expected to be completed by the end of April 2021, with subsequent stages to follow.