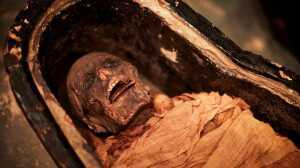 Researchers in Britain claim to have used a 3D-printed vocal tract and an electronic larynx to reproduce a sound unique to the vocal range of Nesyamun, a priest who lived in Egypt during the reign of Pharaoh Rameses XI around 1100 B.C. They assert that their study could provide insights with the potential to change perceptions of history, as well as validate technologies that may be of assistance to people with voice-related disorders.

“Heritage and archaeology are usually mostly visual experiences, for visitors and the public,” John Schofield, one of the study authors and the director of studies, cultural heritage management in the department of archaeology at the University of York, told HCB News. “We look at things on the ground or in museums. This voice could change all that, bringing a 'dead' object to life in people's minds and imagination. It could be the one thing people remember of a museum visit for years after. And for health, we can obviously use this same technology for living individuals who have permanently lost the use of their voice.”

Employing non-destructive CT imaging, the group ran a scan from the larynx to the lips, up to its boundaries — including the nose — to establish the airway of the body. The mummification process of Nesyamun’s remains enabled the soft tissue of his vocal tract to remain reasonably intact, which was crucial for creating the 3D model of it. The team then placed a virtual sheath around the airway when constructing it in a software program, and placed a coupler at the end of an artificial larynx used in speech synthesis to link it to a loudspeaker.

From that, the larynx sound was input to the tract, enabling the team to reproduce a sound that was interpreted as falling between the vowel sounds used in the English words, "bed" and "bad". Lead author and professor David M. Howard, head of the department of electrical engineering at Royal Holloway, University of London, says that the group will try to finance further study of their endeavor.

“There are plans to seek funding to look into creating a way of moving the tract in software commensurate with speech and/or singing voice production,” he told HCB News. “If we can do that and send a larynx signal in, then changing sounds, such as words, would be possible. It would be a small step, then, to sentences or sung phrases. But this is a serious piece of work.”

The findings were published in Scientific Reports.