Insured or not, unnecessary care is a problem among pediatric patients

Insured or not, unnecessary care is a problem among pediatric patients 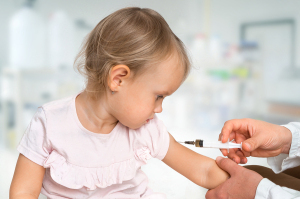 Children with public insurance are slightly
more likely to receive unnecessary medical
care than those with private insurance,
says a new study
A study out of the University of Michigan says having public or private insurance makes little difference in the likelihood of a child receiving low-value care.

"While we found that publicly insured children were a little more likely to receive low-value services, the difference was not large,” said lead author Kao-Ping Chua, a pediatrician and researcher at Michigan Medicine's C.S. Mott Children's Hospital and the Susan B. Meister Child Health Evaluation and Research Center, in a statement. “The more important finding is that children are highly likely to receive wasteful care regardless of what type of insurance they have. This means that efforts to reduce waste should be global in nature and target the care of all children."

A prior study conducted by Chua and her team found that privately insured children frequently experience low-value services that do not improve their health. What it did not, however, address is that publicly insured children were more or less likely to receive the same.

The findings indicate that the type of insurance a child has is not a strong predictor of their likelihood to receive wasteful care, according to Chua. She attributes a large part of the issue to interventions by providers and family and a resistance to changing this interventionist culture of medicine.

"Parents understandably want to relieve their children's suffering and to rule out serious problems. Both parents and doctors sometimes have a tendency to believe that prescribing a drug or ordering a test is better than doing nothing, even though the right answer is often to do less,” she said, adding that “doctors have a strong fear of missing something. Some doctors would rather over-treat and risk the side effects of the intervention than under-treat and risk missing a catastrophic problem."
1(current)
2