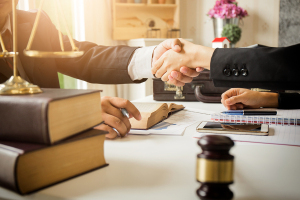 Bozeman Health Deaconess Hospital settled a federal lawsuit for $10 million in November, 2018, over an alleged fraudulent deal done by its radiology department, according to details, from a Freedom of Information Act request, obtained by the Bozeman Daily Chronicle.

A pair of radiologists brought the whistleblower suit three years ago in Butte, Montana, U.S. District Court, charging that the institution made millions from fraudulent claims in a kickback arrangement, according to the paper.

The false claims suit ended in dismissal Oct. 31, when the settlement was made. A hospital spokeswoman told the paper that all listed defendants still deny wrongdoing.

The settlement has the hospital paying $7.5 million in total – roughly $7.2 million to the federal government and $238,820 to the state of Montana.

Whistleblower radiologists Dr. Frank Rembert and Dr. Michael Paradise, who filed the suit, will get 28 percent of the money. The hospital must also cover the $2.5 million costs of their law firm, Goetz, Baldwin & Geddes.

The suit claimed that instead of opening its own facility, Intercity went into a joint venture, Advanced Medical Imaging, with the hospital – with the latter having a 77.5 percent ownership and Intercity having the rest – that had a non-compete clause blocking staff from involvement in any other outpatient facility. The hospital allegedly planned to refer its outpatients there for scans, for which it would be paid. These negotiations led to Anti-Kickback statute warnings from Intercity lawyers – but the hospital allegedly tried to set up a fee for referral arrangement anyway.

“AMI was and is a sham joint venture created for the sole purposes of exchanging cash for referrals and maintaining BDH’s monopoly on radiology services in the Bozeman market,” according to the court filing in 2016.

Hospital lawyers denied such claims, and stated that Intercity already had a non-compete arrangement with the hospital long before the JV.

“While we will defend our organization and its long-standing integrity, our primary focus remains on serving our patients and communities with high quality, high reliability and high value to improve community health and quality of life,” Ian McIntosh, one of Bozeman’s attorneys, said in a statement when the suit was first filed in 2016.

The whistleblowers were fired by Intercity in 2011, and each got over $800,000 from a 2012 wrongful termination suit against the organization.

Another suit from 2013 is pending, according to the paper.