Study shines light on 50 most expensive hospitals in U.S. 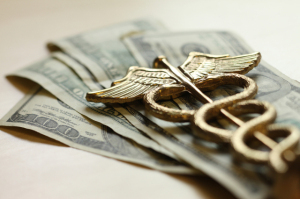 Some for-profit hospital systems have charges that can range up to three times higher than the national average. A study published this month in Health Affairs takes those facilities to task.

“In economics we call this a policy failure,” co-author Ge Bai, Ph.D., an assistant professor of accounting at Washington and Lee University told DOTmed News. She published the study with Gerard F. Anderson, a professor in the Department of Health Policy and Management at the John Hopkins Bloomberg School of Public Health.

“It’s unjustified for these for-profit hospitals to charge 1,000 percent over Medicare allowable costs when other hospitals on average are charging 300-400 percent," said Bai, whose interest in the issue stems from her own hospital billing experiences.

She recalled an experience from five years ago, seeing three columns on her hospital bill: total charges; contractual adjustment; and amount owed. “I’m a CPA and Ph.D. and I thought it was confusing. It seemed to me it would be hard to understand for many other patients,” said Bai. “I was glad I had insurance so that I didn’t have to pay the full amount.”

This is one of the major points of the study, which compared charges over Medicare allowable costs: patients without insurance or who are out-of-network at high-priced hospitals are commonly asked to pay full charges, which is more out-of-pocket revenue if charges are three to four times higher.

The Federation of American Hospitals (FAH), an organization which represents for-profit hospitals, has posted a statement on its website. It states that actual payment-to-costs ratios should be the measure, which it said is near identical for their member hospitals compared to the national averages.

A spokesman for the FAH declined to answer specific questions, such as if member hospitals include the difference between Medicare and Medicaid payments and charges in calculating uncompensated care, which it puts at $450 million in 2012 for its member hospitals.

A key limitation of the study is the omission of discounts hospitals offer patients, according to the FAH — a fault the researchers themselves acknowledged. However Bai said such information is not available in the studied database and discounts on a charge that is already marked up three to four times is not going to be that helpful to self-pay patients.

“It stands to reason a discount on a 1,000 percent mark-up is not as generous as the same on a 300 percent mark-up,” she said. “To charge 1,000 percent and get 1,000 percent paid would clearly be a miracle. But to utilize the high charge to squeeze more revenue out of some patient groups is not too bad for business, right? The discount or uncompensated care does not explain why the gross charges are so high in the first place.”

Bai believes the solution is through public policy that would cap hospital charges to a certain percentage above the Medicare allowable costs.

The study of 2012 data found that of the 50 most expensive hospitals with the highest charge-to-cost ratios, 98 percent were for-profit and 40 percent operated in the state of Florida.