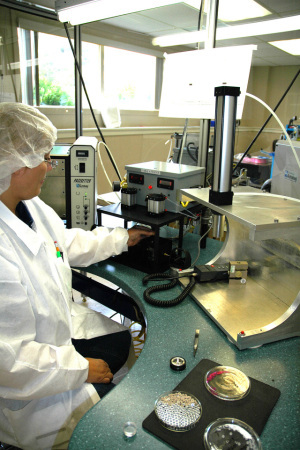 It has been 95 years since Henry Ford created the first assembly line. Since then, industries have concentrated on fine-tuning the process to improve manufacturing techniques. One such manufacturing innovation-called lean manufacturing, was invented by the founders of Toyota and so it is also known as the Toyota Production System.

Although car companies were the businesses that found the earliest successes with lean manufacturing, through the years other companies, including many involved in the medical industry, have found success with the process. You see, lean manufacturing is not about cars at all. Granted, it was Toyota that really excelled at driving this into the culture, but not because they made cars, but because of the company's constancy of purpose around a specific management philosophy and culture.

"It's a myth that lean is about Toyota, that's just what all the press is on, but there are actually companies out there that are much better and some of them are medical companies," says Kevin Duggan, president of Duggan Associates and founder of the Institute for Operational Excellence, which teaches lean principals. "Medical device companies have achieved significant improvement using lean techniques. Improvements in quality, productivity, lead time, inventory, on-time delivery, and cost have been obtained and further improvement continues."

Everything needed to build
one day's production is
within reach.
(Image courtesy of Biodex)

The success that these medical device manufacturers are enjoying allows them to stop chasing quality problems, parts, or suppliers, and instead spend their time and resources developing new products, breaking into new markets, and strategizing on how to grow their business.
1(current)
2
3
4
5
6
7