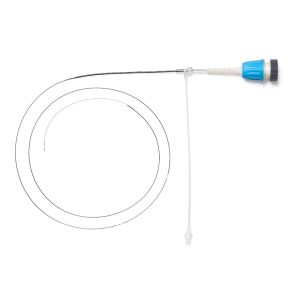 Cleared for use in 2019, the solution uses optical coherence tomography to produce images of the coronary arteries and is designed for intravascular imaging to assess coronary artery disease.

In an Urgent Medical Device Recall letter issued on April 11, the company revealed that the marker band farthest from the tip (proximal marker) of the catheter could become loose and potentially harm patients. The issue has already contributed to five incidents and one embolism that required further intervention, but no deaths. In two cases, the loose band completely separated from the catheter while in use.

The FDA has now classified it as a Class I recall, the most serious type, and says it applies to 4,800 devices in the U.S. “A loose marker band that has separated from the device may remain in the body after the catheter is removed, potentially leading to vascular injuries, including but not limited to embolism (blockage of the vessel), thrombosis (blood clot), dissection (tear), ischemia (inadequate blood supply to the heart), infarction (heart attack), infection or death,” said the agency in a statement.

Marker bands are small rings placed at predetermined points along a catheter and made of radiopaque materials that enable them to be seen through X-ray feeds to help guide and position the device correctly.

In its latest version of the solution, Abbott positioned the marker band further away from the imaging lens to make it easier to access distal lesions and produce brighter and higher quality images. Its placement allows for 75 mm of image acquisition, which is 50% more than with the company’s C7 Dragonfly Imaging Catheter, according to MedTech Dive.

In its letter, Abbott instructed customers to stop using any affected devices and return them to the company. It also asked to be informed of any performance issues or adverse events.

No action is required when affected devices have already been used successfully, according to the FDA.