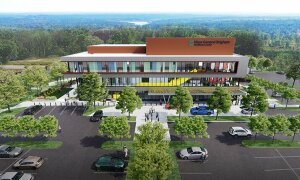 The project called for the development of outpatient care centers in Woburn and Westborough and the expansion of an existing facility in Westwood. The Massachusetts Department of Public Health did not endorse the project but supported a $1.9 billion expansion at Massachusetts General Hospital, which included two new towers, and a $150.1 million project at Brigham and Women’s Faulkner Hospital. Following the decision, the hospital withdrew on April 1 the $223.7 million it pledged toward construction of the ambulatory centers, according to the Boston Globe.

Competitors, insurers and community groups alleged that the facilities would divert patients away from other more affordable hospitals and cause healthcare costs to increase. Through their combined opposition, many came together to form the Coalition to Protect Community Care, which included UMass Memorial Health, Wellforce, the Massachusetts Nurses Association, Health Care for All and chambers of commerce representing Worcester, Marlborough, Stoneham, Medford and Melrose.

MGB also came under fire for its ad campaign to gain support for the centers, with competitors saying it was using multiple resources, including TV, the internet and newspapers, to mislead the public and regulators. "It is often the case that whoever has the most cash can buy market share," Dr. Eric Dickson, president and CEO of UMass Memorial Health, told the Globe. "That's true in any industry, especially when the competition is kind of fighting for survival. That's when you can use your cash for a knockout blow. That's what it feels like here."

MGB said that a cost analysis it conducted in December projected a “small overall decrease” in healthcare spending with the centers. But the state’s Health Policy Commission told the Department of Health in January that the expansions would “drive substantial patient volume and revenue to the higher-cost MGB system, particularly commercially insured volume, and likely away from other lower-cost providers,” reported public radio station WBUR.

The HPC previously told MGB to put together a performance improvement plan to rein in costs and said that the two hospital projects and ambulatory care centers would all together increase commercial healthcare spending by up to $90.1 million a year.

The Massachusetts Association of Health Plans also told the DPH to reject MGB’s applications for the project “until such time that MGB addresses its underlying causes of cost growth and demonstrates a continued commitment to containing costs, beginning with successfully implementing a periodic interim payment (PIP)."