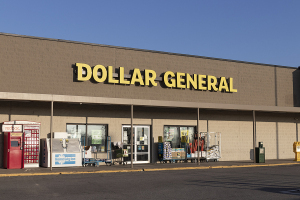 CEO Todd Vasos confirmed plans for the retail chain to expand into the industry to help cut down on the need for residents in these areas to make long distance drives for their medical care, reported CNBC.

“While it’s in its infancy stages, we really have an opportunity to grow that healthcare side of the business — not only products in the store, but services,” he said at a virtual conference hosted by Barclays.

Dollar General has more than 17,400 stores across the U.S., with more than 10,000 (65%) located in rural and small towns where customers have complained about the lack of convenient and affordable access to healthcare products and services they need, according to WGFL CBS4 in Gainesville, Florida.

The company already hired its first chief medical officer, Albert Wu, who previously worked at McKinsey & Company, in July, and has said it will stock shelves with more health-related products such as dental supplies and cold and cough medication. It also plans to offer telemedicine, prescription delivery and store pick-up services, and is working on a model for supporting pandemic relief efforts, as well as a digitally-driven health insurance plan. It will not, however, be adding pharmacies in its stores, according to Vasos.

Several of its locations in states like Michigan, South Carolina and Indiana were already exposed to the industry earlier this year when they agreed to make their stores community vaccine clinics. The company also partnered with the Virginia Department of Health in June to provide no-cost COVID-19 testing at its stores, according to Advisory Board. CNBC reports that Dollar General has allegedly discussed a formal partnership with the CDC that would turn its stores into COVID-19 vaccination sites, though this has not been confirmed by either party.

In addition to helping customers in these areas access medical necessities, the expansion into healthcare is expected to help the store’s reputation. Dollar General has previously been criticized for contributing to food deserts, a situation that prevents customers from being able to buy affordable nutritious foods. Some lawmakers have chastised the company for allegedly offering few healthy food options and outcompeting against local grocers that would, according to CNBC. While slim on details about the expansion, Vasos says the store is in a position to address the problems of these health deserts.

“There are as many if not more health/medical deserts in rural America as there are food deserts. We believe we have the ability to service the consumer in a lot of these instances where she today has to drive 30, 40 minutes to get basic health care,” he said.

More than 180 rural hospitals nationwide have shut their doors in the last 16 years, including 20 in 2020 as a result of the pandemic and financial pressures they faced, according to the Cecil G. Sheps Center for Health Services Research.

"I don't want to get in front of our skis, but it could be a really big deal not only for our top line and bottom line at Dollar General, but even more so, making that box even more relevant to those consumers in rural America that have to drive now 30-40 minutes ... even to see the doctor," said Vasos. "I'm pretty excited about it, but the journey is just beginning.”