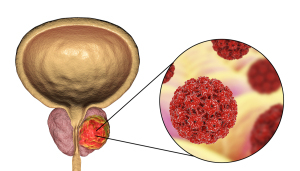 That’s what Swedish researchers at Karolinska Institutet found in the STHLM3MRI study combining the imaging modality with targeted biopsies.

"Our results from a large, randomized study show that modern methods for prostate cancer screening maintain the benefits of screening, while decreasing the harms substantially. This addresses the greatest barrier to the introduction of nationwide screening," said the leader of the study, Tobias Nordström, associate professor of urology at the department of clinical sciences at Danderyd Hospital at Karolinska Institutet, in a statement.

Prostate-specific antigen tests and traditional biopsies lead to unnecessary biopsies and the detection of numerous minor low-risk tumors. Because the benefits do not exceed the disadvantages, no country except Lithuania has implemented a nationwide prostate cancer screening program.

STHLM3MRI was conducted between 2018 and 2021 with participants from Stockholm County, including 12,750 men. The participants provided a blood sample for PSA analysis as well as for the new Stockholm3 test, developed by researchers at Karolinska Institutet. Men whose tests showed elevated levels were randomly selected for traditional biopsies or MR. In the MR group, biopsies were conducted strictly on suspected tumors identified by MR.

MR helped avoid unnecessary biopsies and detected clinically significant tumors to focus on, rather than minor low-risk tumors, according to the researchers. This, they say, suggests that replacing traditional prostate biopsies with MR and targeted biopsies could potentially cut overdiagnoses in half.

Following this, the researchers investigated how the Stockholm3 test could be combined with MR to further improve the prostate cancer screening method. They will soon present their assessment on this in a second report on the study.

“An innovation such as STHLM3MRI makes an even more compelling case for the European Commission to ensure a risk-stratified approach to early detection of prostate cancer is adopted across the whole of Europe. The EAU is working hard to ensure that early detection of prostate cancer is addressed in the implementation of Europe's Beating Cancer Plan, in order to reduce mortality of Europe's most common male cancer while also dealing with the challenges of overdiagnosis and overtreatment,” said professor Hendrik Van Poppel, adjunct secretary general of the European Association of Urology (EAU).

The findings were published in The New England Journal of Medicine.