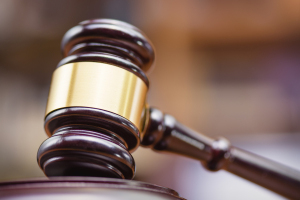 The U.S. Small Business Administration has asked the Eleventh Circuit to overturn a ruling that granted Gateway Radiology Consultants a loan for over $500,000
The U.S. Small Business Administration has called for the overturn of a court ruling that allowed a Florida radiology practice to receive over $500,000 under the Paycheck Protection Program.

The federal agency told the Eleventh Circuit this week that the judge who granted the loan to Gateway Radiology Consultants PA overstepped his authority and asked for the ruling to be reversed. It says the practice does not qualify due to its Chapter 11 bankruptcy status, according to Law360.

"This was an abuse of the process here," said Joshua Salzman, of the U.S. Department of Justice's Civil Appellate Division, an attorney for SBA administrator Jovita Carranza. "The SBA has long-standing authority to set criteria and nothing in the CARES Act replaces SBA's authority."

Gateway filed for Chapter 11 in May 2019, with about $22 million in assets, $10.6 million in secured creditors debt and about $4 million in unsecured debt. Its 50 full-time employees worked for half pay during the pandemic.

Gateway was approved for $527,710 to pay 50 full-time employees. Counsel for the SBA and Florida bank USF Federal Credit Union, which is holding the loan in escrow, told the circuit panel that the practice failed to disclose its bankruptcy in its loan application.

U.S. Bankruptcy Judge Michael Williams ruled in June that denying Gateway Radiology Consultants a loan because of its bankruptcy was discriminatory and violated congressional intent behind the Coronavirus Aid Relief and Economic Security (CARES) Act. He ruled that Gateway was eligible so long as it met all requirements at PPE, aside from its Chapter 11 status, and also issued a preliminary injunction that bars the SBA from enforcing its rule disqualifying Chapter 11 debtors from the loan program

The three-judge panel questioned if it had jurisdiction to hear the appeal since it has not gone before a federal district court. They also inquired about whether Williams had the right to make a final ruling on the loan when its importance in the Chapter 11 case was not known, and acknowledged that SBA and USF would not have granted the loan had they known about Gateway’s bankruptcy. Judge Robert Anderson III said that the bankruptcy court “perhaps” should have addressed the “falsification issue” before making a decision.

Maury Udell, of Beighley Myrick Udell & Lynne PA, represented Gateway and argued that approving loans in normal bankruptcy court procedure was not possible due to the situation created by the pandemic, and that Gateway’s bankruptcy did not affect its ability to comply with the terms of a PPP loan.

"It's really a grant, it's not a loan in the ordinary term," said Udell. "A Chapter 11 debtor is under scrutiny from courts and creditors ... The statute [CARES Act] specifically did not exclude Chapter 11 debtors ... and repayment is not a factor in any PPP loan."