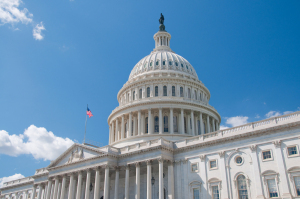 “There is no excuse for leaving hospitals and patients stranded without necessary equipment during the most widespread pandemic to hit the U.S. in 100 years,” Wyden said in a statement. “It is just common sense to say that qualified technicians should be allowed to make emergency repairs or do preventive maintenance, and not have their hands tied by overly restrictive contracts and copyright laws, until this crisis is over.”

Many are regarding this as the first formal recognition in Congress that some manufacturers are imposing undue restraints on hospital biomeds and independent servicers’ access to repair information in a manner which could be impeding hospitals treating their patients during a national health crisis.

Wyden and Clark are seeking that the legislation be given immediate consideration to aid medical providers grappling with shortages of critical equipment. Titled, “Critical Medical Infrastructure Right-To-Repair Act of 2020”, the bill seeks temporary relief during the pandemic emergency from provisions of the copyright and patent laws which could be used to limit rights to service access information.

Some manufacturers have previously used these provisions in lawsuits to claim copyright or patent infringement for accessing equipment maintenance information or circumventing technological measures that control access. If adopted, not only would this "Right-to-Repair" legislation enable lawful circumvention under the language of the legislation, but it would also allow incidental copies of service materials made during maintenance or repair of "critical medical infrastructure".