Another strike: Hundreds of California healthcare workers walk off the job this week 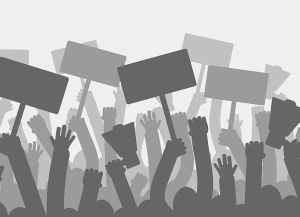 The planned, five-day strike, which began on July 20, is in reaction to the hospital’s decision to deny employees fair wages and safe working conditions despite record profits and six-figure bonuses for executives of the organization’s corporate owner, Providence St. Joseph Health.

“Instead of investing that money to improve patient care and provide for its dedicated workforce, Santa Rosa Memorial — and its out-of-state parent corporation — are lavishing executives with six-figure bonuses, while demanding that caregivers accept insufficient PPE, unsafe staffing levels, cuts to paid time-off, which includes sick leave, and sharp increases to healthcare costs,” stated the National Union of Healthcare Workers (NUHW) in a news release.

NUHW represents more than 15,000 healthcare workers, including those on strike at Santa Rosa Memorial Hospital, and says the organization has been “stockpiling cash” for Providence St. Joseph Health, a multibillion-dollar hospital chain headquartered in Washington state. It also received a hefty stimulus package from the federal government.

“We don’t have enough PPE to keep us safe, but management wants us to pay twice as much to insure our families,” said Shannon Signer, a radiology technician at Santa Rosa Memorial. “Our health has never been at greater risk. We need our hospital to support us, not squeeze us for every last dime during a pandemic.”

NUHW says the health system plans to more than double the cost of annual premiums for the most popular family plan from $1,887 to $4,609 and cut sick pay. Workers have also been without a contract for more than a year. Those on strike include nursing assistants, respiratory therapists, and medical technicians, who notified the hospital four days before taking to the street out front to picket 6 feet apart from 6 a.m. to 3 p.m. The group has since received several letters of support from local political leaders, including mayors, city council members, and county supervisors.

“Over the past three years, workers have kept the hospital open through two wildfires and a pandemic,” said the NUHW. “Meanwhile Santa Rosa Memorial, which is the designated trauma center for all Sonoma county residents, has netted $201 million in operating profits.

Some 1,000 registered nurses at HCA Healthcare, a for-profit hospital chain in the U.S., also went on strike last month because of staffing shortages and unsafe working conditions.

And earlier this month, 720 nurses went on strike after the Illinois Nurses Association (INA) walked away from negotiations with AMITA St. Joseph’s Medical Center based in Joliet, Illinois. According to INA, those workers faced intimidation and threats of termination to prevent nurses from exercising their rights under federal law, as well as refusal by AMITA to discuss the INA’s proposals for staffing the hospital with enough nurses to care for COVID-19 and non-COVID patients safely.

The disruptions also take place as the American Hospital Association and other healthcare leaders urge senators to include more support in the next legislative package, such as appropriate liability protections to front-line medical providers and facilities and additional support for front line healthcare personnel.