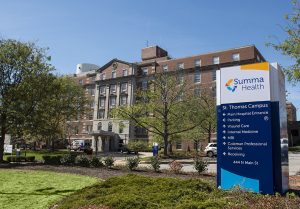 Beamont Health, Michigan’s largest healthcare system, with eight hospitals and 145 outpatient locations, explained in a statement that the two organizations had signed a definitive agreement in December 2019. Now they are finalizing details for how they will end the planned partnership. No details were provided explaining why the organizations are parting ways.

In an earlier statement, the pair announced plans “to utilize the financial strength of both organizations to fund the health system’s overall plan, which includes significant capital and operating projects, to drive ongoing growth in Northeast Ohio and Michigan.” They also obtained the required state and federal regulatory approvals to join forces, and said the move would have generated $6.1 billion in total revenue, 45,000 employees and more than 6,000 affiliated physicians.

According to a report released this month by the American Hospital Association (AHA), the COVID-19 pandemic has put the brakes on nearly all planned mergers and acquisitions across the country, as hospital and health system revenues continue to decline sharply. AHA estimates a four-month financial impact of $202.6 billion in losses for America’s hospitals and health systems, or an average of $50.7 billion per month.

According to the Kaiser Family Foundation, the cost of treating a patient with COVID-19 could be more than $20,000, and over $88,000 for patients that require ventilator support. The healthcare supply chain is also struggling severely to keep up with demand for the personal protective equipment and medical supplies needed to treat patients. Costs for supplies and equipment are also rising exponentially. For example, hospitals in New York City — once the epicenter for the virus — reported paying four times the usual price for medical gloves and 15 times the usual price for masks, according to a report by ProPublica.

The halting of elective surgeries and other routine healthcare services is also putting a dent in revenue. Appointments for cervix, colon and breast cancer screenings dropped between 86% and 94%, compared to average volumes three years prior. A new study by Johns Hopkins researchers also found that it may take between seven and 16 months for surgeons to complete the backlog of elective orthopedic surgeries that have been suspended during the COVID-19 pandemic.

“We will keep adding to the backlog as long as we are not operating at 100% capacity,” stated lead author Amit Jain.