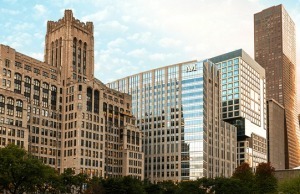 Faced with overcrowding in its ED, Chicago's Northwestern Memorial Hospital is adding nearly 50 beds, as well as putting in a three-story connecting structure between a pair of its Streetervile buildings — the Feinberg and Galter pavilions on the hospital’s campus in River North.

The effort will cost $77.6 million, according to the Chicago Tribune.

The additional beds are a mix of 24 for intensive care and 25 for medical and surgical patients — and would up the hospital's total capacity to 943, according to the paper.

As many as 3,000 people annually are leaving before being seen, and the backlog has caused the hospital to temporarily turn away ambulances, according to an application filed with the Illinois Health Facilities and Services Review Board.

The board must approve the plan, and is now accepting written comments on the proposal until June 10, according to the Chicago Sun Times.

In fact, Northwestern Memorial led area hospitals in going on bypass — sending ambulances to other hospitals — from 2017 through the first half of 2019, according to a Tribune investigative report that found it had done so roughly 31% of the time during the period.

The project is slated for completion by the end of 2022.

The hospital was also in the news in January, when it become the first provider in the U.S. to perform robotic-assisted lung volume reduction surgery, using the da Vinci Xi Surgical System.

"Milestones such as these give us great pride in the relentless pursuit to always provide better surgical treatment options for patients who are in need," Dr. Ankit Bharat, surgical director of the Lung Transplant Program & ECMO at Northwestern Memorial Hospital, told HCB News at the time.

ED overcrowding is a growing issue for hospitalists. In 2017, a University of Maryland School of Medicine (UMSOM ) study found that nearly half of medical care in U.S. hospitals is delivered in the ED.

“We found that EDs contributed an average of 47.7% of the hospital-associated medical care delivered in the United States, and this percentage increased steadily over the 14-year study period [of our study]. EDs are a major source of medical care in the United States, especially for vulnerable populations, and this contribution increased throughout the study period. Including emergency care within health reform and population health efforts would prove valuable to supporting the health of the nation,” the authors stated in their report, published in the International Journal of Health Services.

“I was stunned by the results. This really helps us better understand health care in this country. This research underscores the fact that emergency departments are critical to our nation’s healthcare delivery system,” lead author Dr. David Marcozzi, an associate professor in the UMSOM Department of Emergency Medicine, said in a statement about the research at the time. “Patients seek care in emergency departments for many reasons. The data might suggest that emergency care provides the type of care that individuals actually want or need, 24 hours a day.”