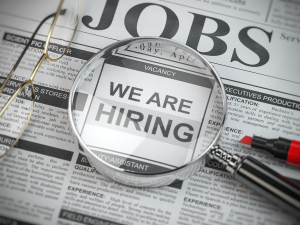 The medical networking service issued this month its U.S. Physician Employment Report 2019, which delved into the availability of opportunities for different types of doctors across the entire country. Among the most sought after specialists were those in family and internal medicine. In addition, the report showed a 20 percent year-over-year increase in the number of physicians who self-reported telemedicine as a skill.

“Our data show that the demand for physicians spans a diverse array of geographic regions and specialties,” said Christopher Whaley, lead author of the report and assistant adjunct professor at the University of California, Berkeley School of Public Health, in a statement. “Interestingly, telemedicine continues to be one of the highest growth sectors of the market.”

The findings were based on approximately 27,000 physician employment ads posted on Doximity in 2018 and 2019, as well as compensation data to calibrate physician demand. It also showed data on the top 50 metropolitan statistical areas and the top 10 medical specialties, based on the number of job postings placed on the Doximity network in 2019.

Demand for physicians was highest in El Paso, Texas, followed by Miami. Family medicine and internal medicine were the most sought after specialties, with emergency medicine, psychiatry, and obstetrics and gynecology behind it and in that order. Internal medicine and psychiatry, however, were the top specialties when it came to demand for telemedicine as a skill, a practice that doubled in the number of doctors who self-reported it as a skill in 2018 compared to 2015.

The study also calculated the top metro areas that offered the most compensation to physicians, with Milwaukee, Wisconsin at the top of the list. Behind it was New Orleans, followed by San Bernardino, California. Compensation was determined based on self-reported company compensation surveys answered by approximately 70,000 full-time, licensed U.S. physicians who practiced at least 40 hours per week between 2018 and 2019.

Amit Phull, vice president of strategy and insights at Doximity, says that while helping to boost job opportunities, growing demand for physicians should also be seen as a warning of just how valuable their roles are in communities.

“While the job market is strong for physicians, this continued growth points to a serious concern: the potential impact of a physician shortage on patients,” he said. “As access to care increases in the U.S., it is essential that healthcare stakeholders consider this increasing demand for doctors and how it’s cascading through the system, especially in smaller cities and rural areas.”