Dedalus in talks to buy piece of Agfa's IT business

Dedalus in talks to buy piece of Agfa's IT business 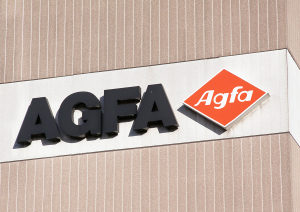 Agfa-Gevaert Group has announced that it is now in exclusive negotiations with Dedalus Holding to sell part of its healthcare IT business to the Italian company.

The deal represented a step in the transformation of Agfa-Gevaert Group, first announced by its board in May.

Under consideration is the sale of its Healthcare Information Solutions and Integrated Care activities, as well as its Imaging IT activities that are “tightly integrated” into these activities, which is the case mainly in the DACH region (Germany, Austria, Switzerland), France, and Brazil.

“The expected sale of the business, which generates around 260 million Euro of full-year revenues, will represent another milestone in our transformation process,” Christian Reinaudo, CEO of the Agfa-Gevaert Group, said in a statement. The deal would have Dedalus take 100 percent of the business at a value of 975 million Euros.

The deal, if it happens, is expected to close during the second quarter of 2020.

The carve-out would position Dedalus to move up the EMR food chain, according to Alex Green, director and principal analyst at U.K.-based market research firm Signify Research, which specializes in health IT.

Agfa’s HCIS, aided by its ORBIS EMR software, has had good revenue growth during the last two years, and the focus of its customers geographically would be additive to that of Dedalus.

“The new combined entity would become a leading international EMR vendor, second only to Cerner in terms of Europe, the Middle East, and Africa (EMEA) acute market share,” stated Green.

His analysis supports the one made by Dedalus itself.

“The combined group would have a presence in over 30 countries and would hold a leadership position in Italy, Germany and France,” Ardian said in a statement.

"The acquisition would give an important boost to the European consolidation of the hospital software sector," added Dedalus chairman Giorgio Moretti, who noted in the Ardian statement that, "the need to have a European operator in a sector with very high R&D investments is a guarantee for the entire European healthcare system to be able to count on products and technologies that have now become essential to reduce clinical risk, increase the quality of care and service to the patient and optimize the growing costs for taxpayers, due to the many factors that are putting the budgets of all countries under financial stress. It would be a transaction that would create the pan-European leader in the healthcare software sector and with a focus in the three largest countries of continental Europe.”