Head of IBM Watson Health out after three hard years 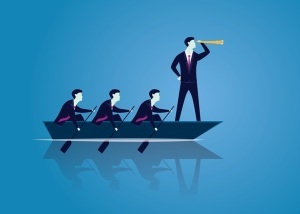 General Manager for IBM Watson Health Deborah DiSanzo is out, according to Stat News. The move comes at a time of some growing unease about its performance both clinical and business.

DiSanzo will join a strategy team for IBM Cognitive Solutions, and Watson Health will be run on an acting basis by John Kelly, senior vice president for Cognitive Solutions and IBM Research, Stat News learned from unnamed current and former employees.

The move was confirmed by the company. “John Kelly will continue leading Watson Health as we continue to grow and scale this successful business,” a spokesman told the publication.

DiSanzo joined Watson Health in 2015, having been CEO of Philips Healthcare.

Watson had been hit with negative publicity of late.

But after a number of such negative stories about the progress of IBM's AI efforts – notably including one in Stat News and another in the August 11 Wall Street Journal – Kelly pushed back.

“We at IBM have a lot to be proud of, including our pioneering work with Watson Health,” he wrote in his August 11 blog post. “Unfortunately, some media reports, including an August 11 story published by The Wall Street Journal, distort and ignore facts when suggesting IBM has not made 'enough' progress on bringing the benefits of AI to healthcare.”

The Stat piece had uncovered internal company documents said to show “multiple examples” of treatment recommendations that were wrong or unsafe.

The Wall Street Journal piece noted that "more than a dozen IBM partners and clients have halted or shrunk Watson’s oncology-related projects."

Kelly acknowledged that the company had made “a big bet” on healthcare – including Watson for Oncology, Watson for Clinical Trial Matching, and Watson for Genomics – and that although there have been some dropouts, in total, the systems are in 230 hospitals and health organizations worldwide. They've also doubled the number of patients reached to 84,000 in the first half of 2018.

“The first question we asked ourselves was, 'can Watson help oncologists make better decisions for their patients?'” Kelly said, noting that, “repeatedly, the answer has proven to be a resounding 'yes,' as demonstrated in both peer-reviewed research as well as regular feedback from those using these tools.”

Studies, previously reported, have shown success with the AI efforts, Kelly noted, arguing that, “to suggest there has been no patient benefit is to ignore both what we know the Wall Street Journal was told by a number of physicians around the world and these institutions’ own public comments.”
1(current)
2