With X-ray reimbursement on the line, four health systems move toward portable DR 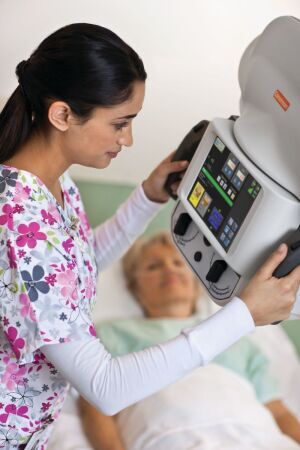 When the Consolidated Appropriations Act of 2016 was signed into law on Dec. 18, 2015, the adoption of digital radiography (DR) X-ray systems became less of an “if” than a “when” for many providers that previously may have considered the technology a luxury beyond their budget.

Health systems, hospitals and radiology clinics across the country have been forced to crunch the numbers and make their own decisions about whether to upgrade their portable X-ray fleets to DR or brace for diminished returns on the scans they do without it.

If a facility chooses to go the DR route, there are a number of ways to go about it. HealthCare Business News checked in with a few major health systems in the country to see what worked for them.

Vidant Health
Located in North Carolina, Vidant Health operates a 909-bed academic medical center and six regional community hospitals. It owns a total of 36 portable DR systems and, once it receives its last shipment from GE Healthcare, it will have a fully digital portable X-ray fleet.

Aside from the looming reimbursement cuts, Vidant Health decided to go fully digital to avoid billing confusion. If a facility has a mix of DR and CR portables, they will have to use separate billing codes starting next year.

“It’s such a hassle when you do one patient on DR and another on CR,” says Sandra Sackrison, radiology system service line administrator at Vidant Health. “That was a good buy-in with the finance folks because they thought the billing situation would be a nightmare.”

Instead of making an enormous initial investment, Vidant Health decided to purchase the systems in phases that spanned three years. They started with buying new DR portables for the main medical center and then took a more thrifty approach with the regional hospitals.

“We kind of made ourselves the broker of the used portables,” says Sackrison. “We took our first-generation portable DRs and partnered with GE to have them refurbished and then sent them out to the regional hospitals.”
1(current)
2
3
4