Barbara Gonzalez-Falla, a practice director at Singleton Associates, a Radiology Partners practice in Texas, says that hospitals usually have a standard protocol for assessing needs during disasters.

“Hospitals are well prepared for natural disasters and have inclement weather policies that keep existing staff in the hospital until relief is able to get into the facility,” she says. “These policies are put in place for emergencies like this and to prevent interruption in patient care.” 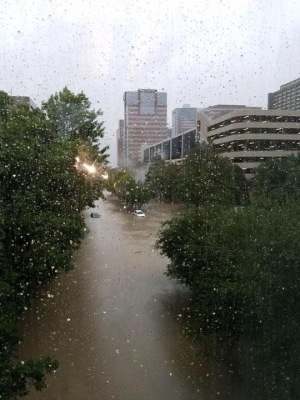 Facing the beast
Tampa Community Hospital was one of many that shut down during Hurricane Irma, with staff ordered to leave in advance of the storm by Hillsborough County officials through the initiation of a Flood Zone A evacuation order.

“Fortunately, Hurricane Irma had a minimal effect in Hillsborough County and the hospital was able to reopen with no significant damage to the facility and patients returned the day following the storm,” E. Dianne Cueto, director of diagnostic imaging, respiratory therapy and EEG at Tampa Community Hospital, told HCB News.

Other facilities were not as fortunate.

Shutdowns such as these not only endanger people who are sick or in need of aid from disaster-related injuries, but also put increased pressure on providers that are able to stay open, providing medical care to a higher volume of patients, often with limited resources.

The closing of hospitals throughout Houston and other parts of Texas led to an influx of patients seeking treatment at St. Joseph Medical Center.

Facing the need to extend emergency services, the nursing department set up a triage site in the bay, or loading dock, and brought in a portable Philips DR X-ray to assess patients. The hospital’s IT department then extended its wireless connection to the area so that DR images could be transmitted to the PACS system.

“We would have had to take them from the bay, up the elevator, to the imaging suite that was in our ER,” said Posern. “This way, it was point of service and it made things flow much better.”
1
2
3(current)
4
5