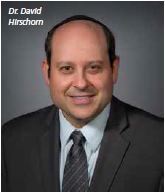 He founded the New York Medical Imaging Informatics Symposium in 2010. This year marks the first that NYMIIS and the Society for Imaging Informatics in Medicine (SIIM) held a joint regional meeting. HealthCare Business News spoke with Hirschorn fresh off his presentation about the emergence of workflow orchestration in radiology to learn more about the topic.

At its heart, radiology workflow orchestration seeks to accomplish the key goals that run throughout the health care industry. They include reducing cost, streamlining process and improving the patient experience and outcome. According to Hirschorn, one of the first facts to recognize about workflow orchestrators is that not everyone needs them.

“Only the larger places need them,” he says. “But most facilities are becoming, or will someday become, part of a larger organization. The larger conglomerates and health care systems, those that are part of a bigger enterprise, can benefit. And that’s the trend.”

“We were 30 years behind harnessing the power of EMRs. We’re talking about meaningful use now, but what does that tell us? We had meaningless use for all those years before?”

Unlike many of the other processes and technologies introduced to health care that had started in other industries, this time the emergent property belongs to health care. The other positive news is that it wasn’t something that was languishing for years before it started to be adopted. Its introduction occurred once the pieces were in place.

“It grew out of something we already had,” says Hirschorn. “There wasn’t a need for it when workflow and facilities were smaller and simpler. It only became cool and powerful once there were enough studies being read by enough radiologists.”

“There’s a natural way of dividing work along the lines of modality used and body part,” says Hirschorn.
1(current)
2