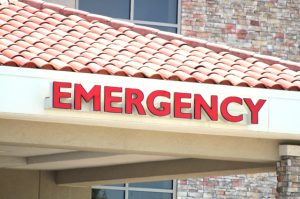 #HIMSS16
Dr. Joseph Pocreva, an Air Force Colonel, thought that running a medical evacuation operation in Haiti after the 2010 earthquake would be good experience for whatever assignment that would follow in his career. But, as he told a rapt audience at an HIMSS educational session Tuesday, such was not the case.

“I found an ER in terrible shape,” he said of his next assignment as emergency room medical officer at Keesler Medical Center in Biloxi, MS. “Doctors and nurses were fighting with each other and the administration had no idea how to fix the problem. The techs (lab and imaging) were arguing with everyone and the day and the night staffs were fighting at every shift change..”

He said the bad culture was so embedded, that he was greeted with an attitude of ”it sucks to be you.”

The hospital had the worst rate of patients left without being seen, the longest waiting times for patients to see a doctor, as well as the longest overall length of stay in the ED of any Department of Defense hospital in the country.

To reinvent this culture, Pocreva – who had never managed an ER, but knew about disaster management — turned to real-time data. A new electronic health record system had been adopted in the ER the year before. He found 30 real-time quality metrics extracted from patient records that had more than enough information to define and fix the problem.

“You cannot manage what you cannot measure,” he stressed to the audience. According to Pocreva, these EHR measurements helped to focus the staff on outcomes that were not subjective, but rather impartial.

Pocreva told HCB News that he had to initially order his staff to make one key change – placing physicians in the triage area. However, once that made things better, he stepped back and empowered the staff to “unleash their rage” on bad processes. In classic LEAN and Toyota improvement process style, this initial success soon sparked a cascade of staff lead changes. He added that his approach could work just as well in any civilian hospital.

“Even in the military, staff can make sure a commander fails through passive-aggressive behavior,” said Pocreva. “It’s important to get some early wins, and make sure you appoint a physician champion to work with the doctors. Because doctors who don’t like change will sit back and let the process fail without a champion.”

Before he started the cultural overhaul, he sat down and wrote up a list of 40 reasons he had heard from staff why the effort would be yet another failure. This list included: