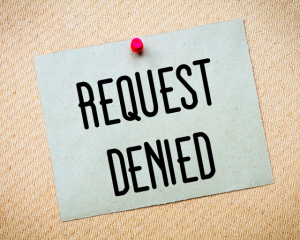 In a final decision memo released Dec. 15, CMS said it had determined that use of an NaF-18 PET scan to identify bone metastasis of cancer “is not reasonable and necessary to diagnose or treat an illness or injury or to improve the functioning of a malformed body member.”

Dr. Barry Siegel, co-chair of the working group for the National Oncologic PET Registry, which has collected information on how doctors have used the scans to make decisions about patient care, said he was disappointed, though not surprised, by the decision.

“We are considering our options with respect to any additional data that we can bring to help change CMS’s decision,” Siegel, who also serves as a professor of radiology and medicine and the director of nuclear medicine at Washington University in St. Louis, told HCB News.

Siegel said the data that was collected showed that at least 30 percent of the time, the approach doctors said they were going to take before the scan was different from what they decided to do after the scan, though the studies had no control group.

“We don’t know whether doing a conventional bone scan would have led to the same outcome,” Siegel said. “Medicare knew that going in. We did what we said we were going to do with the protocol they approved.”

“We have ideas about what we can do,” Siegel said. “We don’t know if it’s enough to satisfy CMS.”

Dr. Gary Dillehay, past president of the Society of Nuclear Medicine and Molecular Imaging and professor of radiology at Northwestern University's Feinberg School of Medicine, said CMS is taking a closer look at new technology.

“Unfortunately, everything new in nuclear medicine has been expensive compared to what’s out there,” Dillehay told HCB News. “Being just as good as, or a little bit better, than the current technique is not going to work with CMS anymore.”