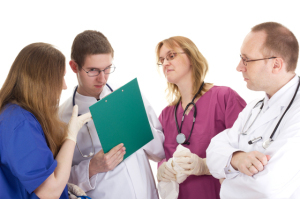 The University of California San Diego (UCSD) has filed a lawsuit against the University of Southern California (USC) accusing a researcher, and eight colleagues who switched jobs between the two academic centers, of conspiring to take $100 million in federal and private funding.

Maria Carrillo, chief science officer with the Alzheimer’s Association (AA), told HCB News that the lawsuit could be considered unprecedented because the research project itself is unprecedented.

“This is a unique study because the grant, part of which we fund, is a hub and spoke system. UCSD contracts with about 50 sub-sites to conduct research. This study is set up this way to allow fast clinical trials of treatments for Alzheimer’s,” she said.

Other research results are also dependent upon the work being conducted in the study under dispute. For example, the AA just funded a four-year, $8 million grant for a Harvard-based Alzheimer’s study which relies on the UCSD work.

“We don’t want the science interrupted,” said Carrillo about the lawsuit. “There is a lot of momentum and funding right now in finding treatments for Alzheimer’s disease, so our main concern is protecting the science and the patients in the studies,” Carrillo stressed.

She said researchers routinely have disagreements over research, so she is hopeful for a quick resolution. According to local news reports on the lawsuit, USC is working to bolster its reputation in medicine and science and has been providing “lucrative” compensation packages to public university faculty. But Carrillo said that researchers are scientists first.

“I don’t know if this is unprecedented, but it’s certainly unusual," John Villasenor, nonresident senior advisor in governance studies for the Center for Technology Innovation at the Brookings Institution, told HCB News. He disclosed that he is also on the faculty at UCLA, part of the UC system and his opinion was his own.

“In general," he added, "research grants to universities are formally to the institution, not to the individual faculty researcher." Villasenor emphasized that he had not reviewed documents related to grant ownership in this particular case.

“Researchers switch jobs all the time, and they don’t typically do it for prestige or money. They are looking for an environment that they feel will help them advance the science they are studying,” said Carrillo.

In the latest court action on the case this week, according to the Los Angeles Times, a superior court judge denied a request by USC to block UCSD access to the research data.