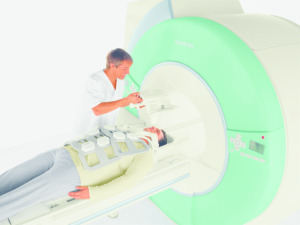 During the month of July, a study came out in the journal Health Affairs confirming what many in the imaging world had been discussing with trepidation for some time. Titled, “The Sharp Slowdown In Growth of Medical Imaging: An Early Analysis Suggests Combination of Policies Was the Cause,” the study’s authors found that growth in utilization for MRI and other advanced modalities slowed each year from 2006 to 2009 by between one and three percent, ending a decade of growth that exceeded six percent annually.

There’s no question that the government has taken incremental steps over the years to lower health care costs by curbing revenue generated by MRI and other lucrative imaging modalities (advanced imaging is often singled out as a factor contributing to profitable bottom lines for facilities). In response, OEMs have enhanced MRI capabilities to give providers tools to manage patients better. They see this as the key to balancing how much customers spend and how much they earn back.

The Deficit Reduction Act, which cut Medicare reimbursement for imaging services at free-standing centers, is considered the seminal event that caused MRI to lose much of its revenue-generating steam.

“When it started in 2007, we saw deceleration [in imaging utilization] in 2007 to 2008, and then in recent years, an actual decline,” says Gail Rodriguez, executive director of the Medical Imaging & Technology Alliance (MITA), a leading trade association that represents medical imaging.

The year 2010 marked the first of the four-year phase-in of the Physician Practice Information Survey data and a 90 percent utilization rate for imaging equipment. That move is aimed at reducing per hour rates for specialties with high direct practice expenses.

There’s plenty to be concerned about in the coming years too. According to Rodriguez, under these new rules, non-hospital outpatient facilities billing Medicare will continue to be hit the hardest.

“This year, there are proposed rules on hospital outpatient care and physicians that would negatively impact payment levels if implemented,” she says.

One of these, from the Centers for Medicare and Medicaid Services, will deduct 25 percent from the professional component for any doctor in a practice performing second and subsequent CT, MRI or ultrasound scans on the same patient on the same day. Earlier cuts, introduced last year, only applied to a single radiologist, not all professionals in the same practice. The sustainable growth rate also enters the picture. Unless Congress intervenes by the end of the year, payment rates for physicians will decrease.
1(current)
2
3
4
5