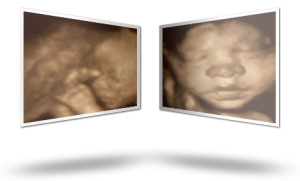 "An Act Concerning Ultrasound Procedures for Medical and Diagnostic Purposes" (House Bill 5635) was passed because of concern about the growth of entertainment or "keepsake" ultrasounds and the potential adverse impact these services could have on pregnant women.

Governor Rell stated in a press release, "I understand the desire of any proud parent-to-be to document every moment of this miraculous process, but we cannot let those desires pose a risk to the health of a mother or her baby. Nor can we take the chance that a mother might skip her medically necessary ultrasound appointment simply because a 'keepsake' ultrasound seemed to indicate all was well with the baby." The press release also stated "Anecdotal evidence in support of the legislation included reports of 'family viewings' and at least one woman who had 19 non-medical ultrasounds taken during the course of her pregnancy."

In support of the bill, Joshua A. Copel, M.D., Professor, Obstetrics, Gynecology and Reproductive Sciences and Pediatrics, Yale University further added, "The American Institute of Ultrasound in Medicine (AIUM) and the professional medical community are concerned about the profusion of storefront entertainment ultrasound facilities." Operating at the fringe of medical practice, they raise a number of important issues.

The machines used at these non-medical facilities are bought from unknown sources and are not required to undergo any specific maintenance to ensure proper performance. The individuals performing the scans may or may not be trained professional sonographers.

While the FDA clearly regulates the production of ultrasound equipment as Class II medical devices, their public stance has been that enforcement of use issues is the purview of the states rather than the FDA.

Producing fetal videos using ultrasound imaging devices like the "keepsake" images, heartbeat monitors and Doppler ultrasound heartbeat monitors is unapproved by the FDA. An FDA document warns that these devices are not intended for over-the-counter use. Both products are approved for use only with a prescription.