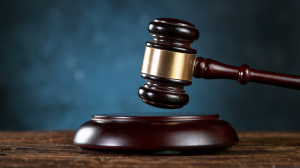 Butterfly Network has pushed back against Fujifilm in the patent infringement lawsuit over its hand-held, whole-body ultrasound.

In a motion to dismiss claims, filed in March, Butterfly stated the lawsuit “lacks merit and is meant to distract from Fujifilm Sonosite’s failure to innovate and keep pace with Butterfly’s next generation clinical assessment platform.”

“We’re disappointed,” Butterfly’s senior vice president and chief legal officer Larry Weiss said in a statement, adding that his company's “state of the art technology is the result of years of innovation, and is evidenced by our more than 800 patents and applications.”

In March, point-of-care ultrasound manufacturer Fujifilm Sonosite hit Butterfly Network with its lawsuit, maintaining that Butterfly had violated seven of its U.S. patents, all of which are “fundamental technologies for acquiring ultrasound images at the point of care with portable handheld systems.” The patents cover a variety of aspects including use of a probe coupled to a mobile device, and parts of the GUI, processing and display of images.

"Fujifilm Sonosite is committed to protecting its significant investments in resources and R&D, and in bringing novel technologies to clinicians for the ultimate benefit of improved patient care," said president and COO Rich Fabian at the time.

In November 2020, Butterfly Network announced a merger with Longview Acquisition, a special-purpose acquisition company, in a deal valued at $1.5 billion. The combination of the two was expected to increase adoption of Butterfly’s handheld ultrasound solutions. The deal closed in February, 2021.

“The handheld ultrasound equipment market stands tall as one of the most proactive industry verticals,” according to the report.

One reason Butterfly is doing so well: its iQ technology. In April, University of North Carolina researchers found that Butterfly Network’s handheld, whole-body ultrasounds can help midwives perform ultrasound at the same level as trained sonographers.

Butterfly iQ leverages AI to generate quality images and connects to a mobile phone or tablet.

“Armed with a pocket-sized Butterfly probe and a smartphone, a Zambian midwife with no prior training in sonography can assess gestational age as accurately as a certified sonographer using an expensive machine. This has the potential to revolutionize the delivery of obstetric care in settings like Zambia,” Dr. Joni Price, an assistant professor of obstetrics and gynecology for UNC who lives full-time in Zambia, said at the time.