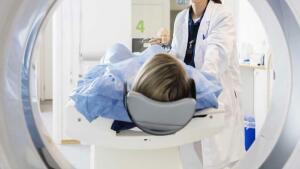 Of all trusts in NHS England, 27.1% said they are still using at least one CT scanner that is 10 years old or more, and 34.5% said they have at least one MR system that is the same, reports The Guardian. The use of these systems goes against the advice of an NHS England report published last year that recommended that all imaging systems 10 years or older be replaced. This is because software upgrades may not be able to be installed on this equipment, or because older CT scanners may require higher radiation doses to produce the same image. Additionally, their use may pose risks to patients.

The issue was made public by Channel 4’s Dispatches programme, which learned about it through freedom of information requests. Among the trusts identified are King’s College hospital NHS Foundation Trust in London, Royal Berkshire NHS Foundation Trust, Royal Cornwall hospitals NHS trust, and Chelsea and Westminster hospital NHS Foundation Trust. Notable standouts were London North West university healthcare NHS trust, where half of the MR systems are 16 years old, and Great Ormond Street Hospital Trust, which has been using an MR scanner for 21 years now. In addition, Dispatches found X-ray equipment within the NHS dating back to the 1970s, 1980s and 1990s.

“We have backed the NHS with £525 million (more than $722 million) to replace diagnostics equipment over the last two years and have recently set up 40 new one-stop-shop diagnosis centers in the community to deliver 2.8 million more scans for patients across the country,” a spokesperson for the department of health and social care, told The Guardian.

Dr. Julian Elford, a consultant radiologist and medical director for the Royal College of Radiologists (RCR), says that CT and MR systems become technically obsolete when they reach 10 years old, as they are more likely to break down frequently, are slower, and produce poorer quality images. “We don’t just need upgraded scanners, though; we need significantly more scanners in the first place. The [NHS England report] called for doubling the number of scanners — we firmly support that call, and recommend a government-funded programme for equipment replacement on an appropriate cycle so that radiologists can diagnose and treat their patients safely.”
1(current)
2