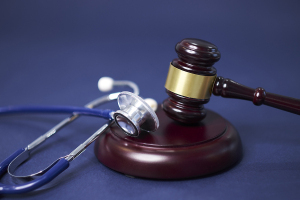 A former Texan nurse faces life in prison or the death penalty after being found guilty of killing four patients
A former nurse in Texas is set to be sentenced for the deaths of four patients who prosecutors said died after he injected them with air following heart surgeries.

Davis, 37, was charged with injecting air into the arteries of four patients after they underwent heart surgery at the Christus Trinity Mother Frances Hospital in Tyler in 2017 and 2018. John Lafferty, Ronald Clark, Christopher Greenway and Joseph Kalina all experienced neurological issues during recovery and died.

Following an investigation, Davis was fired from the hospital in February 2018 for falsifying care events and unethical practice related to failure to disclose interventions provided that may have affected patient outcomes. After his dismissal, the incidents of air in the brain and damage stopped, said the prosecution.

Defense attorney Philip Hayes accused the hospital of using Davis as a scapegoat to cover up its problems and because Davis was there when the deaths occurred. He said that the patients who died showed a classic pattern of watershed strokes and had prior health issues that could have led to complications and death. “At least two of those individuals that passed away Will was trying to administer lifesaving drugs to, or process to,” he said, according to ABC News-affiliate, KLTV.

Dr. John Schnell, former Christus Mother Frances chief of emergency medicine and the defense’s expert witness, told the jury that it was anatomically impossible for air to go against blood flow. But Dr. William Yarbrough, a pulmonologist and professor of internal medicine from Dallas, said he was able to determine from brain scans that air was injected into the arterial system of each patient’s brain and explained how air injected into the arterial system can cause brain injury and death.

Security footage in court also showed that Davis was the last person to enter Kalina’s room. Davis said he went in to silence an IV pump. Records later showed an alarm was not going off. And despite telling the hospital that he responded immediately to help Kalina, the video showed his response was slower.
1(current)
2