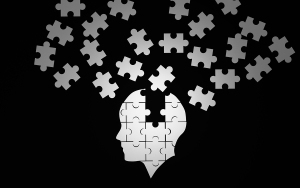 This does away with the time-consuming task of manually analyzing fMR images, which requires specific knowledge, according to the IT researchers at Kaunas University of Technology. They say that while not necessarily confirming the presence of illness, identifying MCI can help encourage patients to be seen by a medical professional and may be a sign of other related diseases, if not Alzheimer’s. The detection of the earliest stages of MCI is especially promising, they say, as often there are no clear symptoms.

The algorithm was shared on Deep Residual Networks. Rytis Maskeliūnas, a researcher in the department of multimedia engineering at KTU, told HCB News that numerous researchers adopted and worked on its imaging analysis in various applications. “Following their results (proving the effectiveness on general image analysis), we have done some ‘modifications’ to the network configuration, then trained it with ADNI data sets, and believe it or not, it somewhat worked — AI was able to tell one group of pictures from another.”

Maskeliūnas and his colleagues used a modification of well-known fine-tuned ResNet 18 (residual neural network) and trained the algorithm on 51,443 images from the Alzheimer’s Disease Neuroimaging Initiative fMRI data set. They validated it with 27,310 images from the same source.

While not the first attempt to diagnose Alzheimer’s disease from data such as this, the accuracy of the algorithm is most impressive, according to the researchers. And while they do not suggest that medical professionals rely 100% on any algorithm, they do expect their application to help with tedious tasks and to help select potential cases for specialists to look over faster to accelerate diagnosis and treatment.

Among their potential ideas for the method is the development of software that can analyze collected data from vulnerable groups and alert medical professionals to any potential signs of regular or early-onset Alzheimer’s. This could be used on those over 65, with a history of brain injury or high blood pressure, among other factors. They also say that the model could be integrated into a more complex system for analyzing several different parameters such as eye movement tracking, face reading and voice analysis to help with self-checking.

For now, Maskeliūnas says the main focus is continuing to gather more real-life data from medical institutions to adjust and validate the approach. He emphasizes that the study used existing and somewhat limited data and that the accuracy of the algorithm found here has not been validated in real-life scenarios and requires a more varied data set. “Even assuming the final result will be of a satisfactory quality, the solution would still have to pass through a dedicated study of medical nature (coordinated by a medical team) and then be validated in clinical trials.”

The findings were published in Diagnostics.