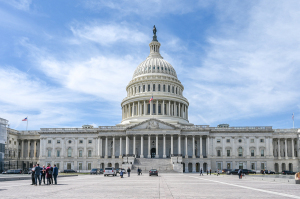 More than 100 radiation oncologists and medical physicists discussed the payment cuts and other issues with congressional leaders and staff last week in over 150 virtual meetings, as part of the largest American Society for Radiation Oncology Advocacy Day in the Society’s history.

“By proposing to cut high-value radiation treatments by as much as 22% and proceeding with more than $160 million in reductions under the RO Model, CMS is jeopardizing the ability of the nation’s radiation therapy professionals to continue to provide essential care for their patients now and in the future," said Dr. Thomas Eichler, FASTRO, chair of the ASTRO board of directors, in response to weeks of consecutive physician payment cuts.

The proposed 2022 Medicare Physician Fee Schedule includes an 8.75% cut levied by CMS to radiation therapy services. Such a change, according to the physicians, would limit access among rural and underserved populations and exacerbate healthcare disparities. Prior reductions have already led to a 17% drop in physician reimbursement over the last decade for community-based radiation oncology clinics, with some high-value radiation treatment reimbursements dropping by as much as 22%.

ASTRO recommends Congress to direct CMS to reduce the cuts or phase them in over time instead of all at once. It also is asking for President Biden and Congress to improve the Radiation Oncology Model, which it describes as flawed. It says the RO model’s discount factors should be more consistent with other specialty models, and that a phased-in approach should be used for nearly 1,000 clinics to participate in the untested, inequitable model, rather than the current mandate for January 1, 2022. In addition, it has called for the establishment of a Health Equity Achievement in Radiation Therapy payment to cover services not covered in Medicare fee schedules to reduce healthcare disparities.

"The Model fails to account adequately for the high and inflexible costs of operating and staffing a modern radiation therapy facility, creating serious financial burden for treatment centers whose participation in the Model is mandatory. We are greatly concerned that this burden will translate to limited access and reduced quality of care, particularly for disadvantaged patient groups who are already facing health inequities under the current payment system," Dr. Constantine Mantz, ASTRO's health policy council vice-chair, told HCB News.
1(current)
2