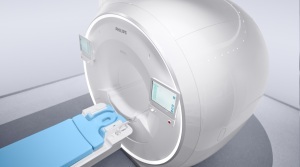 Despite being noninvasive and delivering no radiation, MR is seldom used for cardiac imaging due to the difficulty of having patients lie still for about one hour inside the bore. Known as Enhanced SENSE by Static Outer-volume Subtraction (ESSOS), the technique is expected to increase the use of these exams by improving patient comfort with shorter scan time, increasing patient access to precision diagnosis, and lowering the cost of care.

In addition, while still obtaining the same parameters as the usual technique, the approach reduces the time patients spend inside the machine by more than 90%, and decreases the need to have very experienced operators for the acquisition of a CMR, something which could be relevant for nonacademic hospitals.

"We see this technology specifically valuable to characterize structural damage to the heart its function after myocardial infarction and whether the heart can be fully repaired," Dr. Borja Ibáñez, director of the Clinical Research Department of CNIC, Cardiologist at the University Hospital Fundación Jiménez Díaz, and clinical leader of this work, told HCB News. 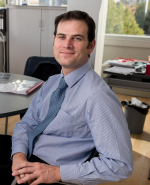 Borja Ibanez
In just over 20 seconds, the shape and function of the heart can be acquired with the approach, as can the degree of fibrosis after cardiac muscle death in another 20-second acquisition. This enables the cardiac study to be completed in less than a minute.

A patient simply holds their breath during an MR scan so that everything within their chest remains static, except for the beating heart. ESSOS allows clinicians to capture an image of the static outer volume part, only for this data to then be temporarily removed. The MR signal of the beating heart can now be more easily subtracted from subsequent scan data, and allows for up to four times faster acquisition of a 3D image of the heart, with a net acceleration factor of up to 32.

Once the dynamic information of the beating heart is reconstructed, the static outer volume images are reintroduced to create a full 3D cardiac image showing heart anatomy and function that clinicians can review from different views with good image resolution. In addition, if needed, a second contrast-enhanced isotropic 3D single breath-hold scan can be performed to assess the extent of damage to the heart muscle.

A clinical trial was conducted on over 100 patients with diverse cardiac pathologies. Evaluated by expert radiologists, the resulting images showed excellent agreement between heart function measurements made using both conventional scanning and the new MR approach, as well as excellent agreement in images to characterize tissue damage to the heart muscle.

The technique can be used in most magnets already available in hospitals, allowing for early adoption. Still in the research stage, CNIC and Philips are planning to bring the technique to clinical settings in the near future, according to Ibáñez. "It is clear that all MR scanning, including cardiac, is moving toward 3D methodologies. Approaches like the one than we have published with new techniques are very important in this sense. In addition, these approaches open the possibility to democratized the technology, allowing more access to the population that can benefit from this imaging modality."

The findings of the clinical trial were published in the April edition of the Journal of the American College of Cardiology (JACC).