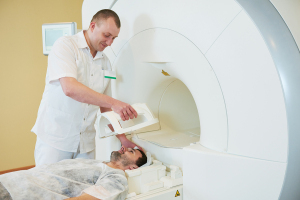 Physicians employed by hospitals are more likely to prescribe inappropriate MR imaging due to pressure from their employer to bring in more revenue, says Gary Young, a professor of strategic management and healthcare at Northeastern and director of its Center for Health Policy and Healthcare Research.

“Our study suggests that this additional care is probably not necessary or appropriate,” he said. “What we saw is that when physicians transition from independent practice to hospital-based practice there is a rise in not just overall MRs, but also MRs that are not clinically warranted.”

Young and his colleagues developed an algorithm to determine MR appropriateness and assessed all commercial health insurance claims in Massachusetts from 2009 to 2016, including 30 million imaging procedures. Evaluating decisions by 538 physicians who moved from primary care independent practice to hospital employment, they found a more than 20% rise in unnecessary MR referrals. Physicians were also more likely to prescribe inappropriate MRs once they worked for hospitals, compared to when they worked in independent practice.

More physicians in the last decade have moved from independent practice to hospital employment. While holding advantages, the trend curtails physician autonomy and allows hospitals to encourage more physicians to schedule unnecessary procedures.

Young says this change is partially due to vertical integration, in which healthcare systems acquire physician practices. A complementary study on Medicare data conducted by the RAND Center for Excellence also uncovered hikes in diagnostic imaging and laboratory services that were brought on by vertical integration. The result was a $40 million rise in Medicare spending due to a jump in reimbursement rates.

Young hopes to see more studies that investigate whether this same pattern is present in referrals for surgical procedures and other services, as such findings could propel policymakers and healthcare leaders to contemplate more oversight of hospital-physician integration.

One way of doing this, he says, is to introduce stronger utilization review systems. “That may be warranted if we continue to see a lot of low-value care connected with more employment of physicians.”

Both the Northeastern and RAND studies were published in Health Affairs.