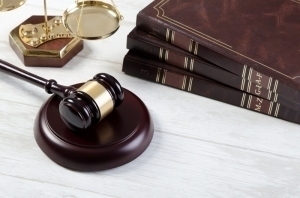 Announced in December, the deal would bring ownership of Change under Optum, a subsidiary of UHG, for approximately $8 billion, plus an additional $5 billion owed in debts, making the deal approximately $13 billion.

AHA warned in a letter that the deal may hinder competition in health IT services, and that UHG’s ownership of UnitedHealthcare, the largest U.S. healthcare insurer, could enable it to consolidate and use much of the country’s healthcare data to process and deny patient claims.

"Post-merger, Optum will have strong financial incentives to use competitive payers' data to inform its reimbursement rates and set its competitive clinical strategy, which will reduce competition among payers and harm hospitals and other providers," the AHA wrote.

With Change Healthcare, Optum is expected to expand its OptumInsight provider business, raise its value-based care initiatives and increase patient engagement. Both UHG and Change Healthcare sold off assets that bring in hundreds of millions of dollars to relax regulators’ antitrust concerns.

AHA asserts that both companies together would limit competition for claims clearinghouse, payment accuracy, revenue cycle management and clinical decision support services. It warns that OptumInsight and Change already hold a “substantial and sustainable advantage” over smaller companies as the two largest national providers of these services, and says the loss of Change as an independent competitor would likely increase prices for providers, while lowering quality clinical outcomes for patients.

“The combination of the parties’ [OptumInsight and Change] data sets would impact (and likely distort) decisions about patient care and claims processing and denials to the detriment of consumers and healthcare providers, and further increase UHG’s already massive market power,” said the letter.

Concerns are rising about the growing trend of consolidation seen among providers, insurers and vendors in healthcare due to the increase in healthcare costs, lower access to care, and potentially reduced innovation in the long term, resulting from such deals.