athenahealth to pay $18.25 million for alleged kickbacks over sale of EHR solution 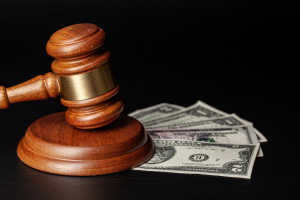 The complaint against the EHR vendor accuses it of violating the False Claims Act and the Anti-Kickback Statute through three of its marketing programs between 2014 and 2020.

“If the benefits of Electronic Health Records are to be fully realized, patients must be confident providers have selected the most effective system — not the one paying the largest kickbacks," said Phillip Coyne, special agent in charge for the Office of Inspector General of the U.S. Department of Health and Human Services. "Time and again, we’ve seen fraudulent activity undermine the integrity of medical decisions, subvert the health marketplace, and waste taxpayer dollars.”

The allegations against the company were filed in one lawsuit by Geordie Sanborn and in a separate one by Cheryl Lovell and William McKusick under the Whistleblower provisions of the False Claims Act.

athenahealth allegedly attempted to influence prospective and existing customers into buying their product with its Concierge Events program, which provides free tickets to and amenities for sporting, entertainment and recreational events. Among them are the Master Tournament and the Kentucky Derby with complimentary travel and luxury accommodations, meals and alcohol. It also is accused of paying kickbacks to existing customers under a Lead Generation program to identify and refer new prospective clients to athenahealth. The company offered up to $3,000 to existing customers for every new client that signed up for its services, according to the complaint.

The final accusation said athenahealth tried to negotiate with competing vendors that were discontinuing their EHR technologies to refer clients to it, with remunerations made to competitors based on the value and volume of practices that went with athenahealth’s product.

"athenahealth places the highest priority on compliance with all laws and regulations governing our industry. Our dedicated employees work every day to create a thriving ecosystem that delivers accessible, high quality, and sustainable healthcare for all, through innovative products and services on an interconnected network of more than 160,000 healthcare providers and 100 million patients," the company said in a statement. "We do so ethically and with integrity-values that are integral to our company's culture. While we have full confidence in our robust compliance policies and programs, we agreed to this settlement-under which we admit no wrongdoing — to put this matter behind us and move forward with our critical work on behalf of patients and healthcare providers."
1(current)
2