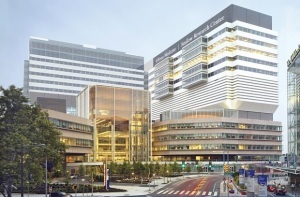 "Mammography is not sensitive. It's the best screening tool we have for women with breast cancer but it’s not sensitive enough for women with dense breasts," Dr. Susan Weinstein, associate professor in the department of radiology at the University of Pennsylvania School of Medicine, told HCB News. "We know that because we get interval cancers, meaning that women present with clinically symptomatic cancers in between screenings. Maybe there was something there that the mammogram didn’t pick up."

While mammography can easily detect cancer in women with fatty breast tissue, its sensitivity can decline by as low as 30% when used to assess women with dense breasts. Whereas a typical MR scan is expensive and requires up to 16 sets of imaging that take up to 40 minutes to complete, abbreviated MR is a shortened version that requires only three sequences on average, making it more accessible for the 40% of women in the U.S. with dense breast tissue.

Weinstein and her colleagues in their study evaluated the more than 400 asymptomatic women with dense breasts who underwent fast MR at Penn Medicine between 2016 and 2019. All had received a negative 3D mammogram within the previous 11 months. The researchers found that abbreviated MR detected roughly 27 cancers per 1,000 women screened, compared to four to five detected with 3D mammography out of the same number, on average. Weinstein and her colleagues detected 13 cancers in 475 patients who received a negative 3D mammogram initially, equating to over 200% more cancers identified with abbreviated MR over 3D mammography.

She adds that even with the legislation passed for all mammography reports to include up-to-date information on the density of a woman’s breast tissue, coverage for additional exams is still a challenge. This includes Pennsylvania which passed legislation to ensure coverage. "Very few states passed insurance coverage with it [the legislation]. Even in Pennsylvania where they passed the legislation, insurance will cover it for 10% of women with extremely dense breast, not the 40% with heterogeneous dense breasts. In addition, if a company has negotiated with an insurance company, the insurance company doesn’t have to start doing it right away until the contract is negotiated. So even though Pennsylvania has passed that law, not all women have that coverage right now."

The findings were published in the Journal of Clinical Oncology.