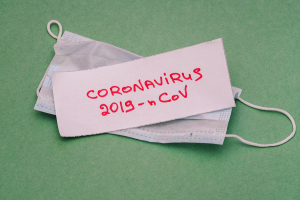 President Donald Trump on Wednesday signed a memo directing the U.S. secretary of labor to take steps to increase the availability of respirators for use by healthcare workers dealing with the coronavirus outbreak, according to a Reuters report.

“Unfortunately, at present, public health experts anticipate shortages in the supply of personal respiratory devices available for use by healthcare workers in mitigating further transmission,” Trump said, ordering Health and Human Services Secretary Alex Azar to “take all appropriate and necessary steps” to boost supply, according to McClatchy News.

The memo will allow the use of masks made for industrial rather than medical use in healthcare settings — and give legal protection to companies in such cases.

“Those industrials will work for medical,” said House minority leader Kevin McCarthy, according to Associated Press, adding that, “we can just do that for an 18-month period and there'd be millions more available."

The fast-moving COVID-19 virus, combined with civilian hording, has begun to drain the available respirator supplies for healthcare workers.

“However, during the months of January and February, demand for N95s surged, up 400 percent and 585 percent, respectively, largely fueled by a heavy flu season and forward buying in anticipation of a coronavirus outbreak in the United States. The levels of demand suggest a minimum consumption rate of 56 million masks in 2020, nearly a threefold increase in demand when compared to a typical year,” according to Premier. It noted that its data suggested that “most healthcare facilities currently receive just 44 percent of the N95s and 82 percent of the surgical masks they order. Domestic and near-shore suppliers of PPE have increased production and are on track to produce an estimated 60 million masks this year. However, reaching that production level will take between 30 and 60 days.”
1(current)
2