ESR to sue Vienna and Austria over postponement of ECR 2020 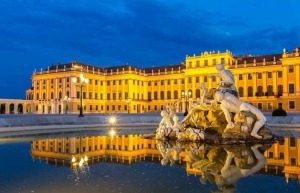 The organization has accused the authorities of not giving orders to cancel the event and instead, placed the burden of doing so on ESR alone, according to Der Standard, an Austrian daily news outlet. Radiology Business, an American radiology news organization, reports that ESR also spoke of considering relocating future ECR events, due to Austria’s “irresponsible, business-damaging, and highly unprofessional approach” to the outbreak.

"Despite intensive efforts", no clear instruction or decision by an Austrian authority has yet been issued, Peter Baierl, managing director of ESR, told media outlets in Austria on Thursday.

Cancellations and postponement of events have hit the Austrian tourism scene hard, as conference guests pay twice as much as “normal” tourists, according to WKW hotel manager Dominic Schmid.

"Of course, a postponement is better than a complete cancellation, but this nevertheless displeases the companies facing a loss of sales because the canceled rooms can no longer be allocated at short notice," he told Der Standard, adding that fewer people will attend the event in July than in March.

The postponement of ECR from March to July is especially hard for the hotel industry due to its 30,000 attendees making it one of the largest congresses in the world and generating $20 million (USD) and 300 jobs for Vienna annually, according to Austrian news outlet, Wiener Zeitung. The Hotelier Association (ÖHV) reports that 11.5% of accommodation businesses have already cut staff, and bookings are on a general decline for tourism software providers.

Flight suspensions combined with temporary entry bans issued by countries like Israel and the U.S. and the lockdown of Italy have also taken a hit on tourism and airline industries in Austria.

ECR is one of the few conferences to be postponed, with most organizations outright canceling events for the year. Among those not rescheduling are HIMSS, SIR, AHRA and ACC.