Lowest income bracket in US contributes 33.9 percent of its income to healthcare

Lowest income bracket in US contributes 33.9 percent of its income to healthcare 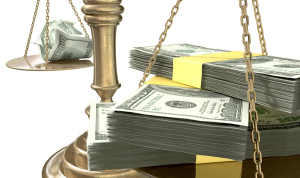 “On average, low income households pay a larger share of their income toward health care than higher income households,” Katherine G. Carman, senior economist at the nonprofit RAND Corporation, told HCB News. “This occurs for two reasons. First, we included long-term care expenses in our analysis, and that can place a large burden on households as they spend their savings in order to qualify for public benefits. Second, some low income households in poor health face extremely high out-of-pocket expenses.”

Funding for healthcare is often facilitated through insurance premiums and out-of-pocket costs, as well as through less visible ways such as employer-paid premiums and taxes. Healthcare spending in 2015 accounted for nearly 18 percent of U.S. gross domestic product.

Whereas previous research examined the distribution of healthcare financing, the RAND Corporation took into account payments made to finance healthcare, the dollar value of benefits received, and the impacts on different groups based on age, source of insurance and size of income. It also claims to be the first to include costs made by individuals to nursing homes and other institutions, a decision that yielded higher estimates in healthcare spending.

More than 18 percent of average household income goes toward U.S. healthcare, or a total of $9,393 per person. The most obvious form of payment is out-of-pocket spending, which includes insurance premiums. That, however, accounts for just 9.1 percent of healthcare costs, with the vast bulk paid through health insurance premiums and taxes, according to the study.