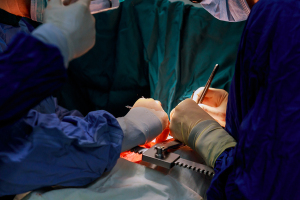 The transplants were five in number, and are the first surgeries of their kind to take place in the New England region. The performance of these procedures could help create greater availability of heart donations with the use of DCD donor hearts, organs extracted from patients who do not meet all the criteria to be declared brain dead but whose brain function is considered incompatible with life, according to MGH.

"There are not enough donors," Dr. David D'Alessandro, surgical director for Heart Transplantation at MGH, told HCB News. "Donor patients tend to be young, that die of unexpected causes and still have good hearts. There are a lot of older people and people living with heart failure in this country. There simply are not nearly enough donors for the number of patients who could benefit from a new heart."

For a heart to be a DCD donation, it must stop beating within a certain window of time after the donor is removed from life support. Once death is declared, the organ is removed, and blood circulation is re-established outside the body with a heart pump as the heart is transferred to the recipient.

D'Alessandro says that if data from the trial are as positive as results are with standard brain dead donors, the FDA is likely to approve the device. This would allow MGH and other institutions to bypass a clinical trial and add the OCS solution as part of their armamentaria.

"We haven’t had a machine to reanimate the heart, to evaluate them to make sure they’re safe to put in," he said. "If you did this on a routine basis and just allowed the hearts to stop by removing donors from a ventilator and waiting until they die, the hearts are going to be very sick. Some of them would work and some of them would not work but the results overall would not be acceptable ... we need to have a machine like this one that allows us to reanimate the hearts and evaluate them and make sure they’re working well before we put them in our recipients. We have been waiting for this kind of technology to allow us to do it, and that’s why it’s taken until now."

Enrollment for the trial is expected to be completed by August 2021.