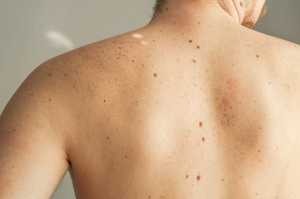 “Skin cancer is especially prevalent in elderly patients,” Dr. Ashwatha Narayana, chairman of the department of radiation oncology at North Westchester Hospital, where the study was conducted, told HCB News. “The common treatment is to send them to a surgeon to have a lesion cut out from their nose, ears, face, around the eyes and other locations.”

While there is a brachytherapy protocol currently in use, it requires sessions over six weeks of up to six hours each. The just-announced high-dose-rate method also requires six weekly doses; however, the treatment time is just three minutes per session, according to Narayana. The researchers treated 70 elderly patients with a median age of 85 years, removing 81 lesions. The cure rate for squamous cell carcinoma was 96 percent and 98 percent for basal cell carcinoma. The cosmetic outlook was excellent in 90 percent of cases.

The biggest barrier to the more widespread use of brachytherapy for the treatment of skin cancer is a lack of awareness. Narayana said the applicator needed to conduct the treatment is not prohibitively expensive, nor is the training exceptionally extensive. The high-dose-rate brachytherapy is a “great” option for 85 percent of patients, according to the study.

“High-dose-rate brachytherapy is a powerful way of treating skin cancer in both elderly and younger patients,” said Narayana. “The results are impressive.”