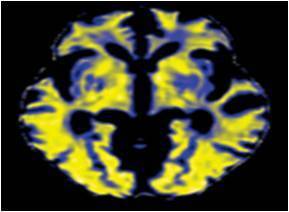 Led by a team at the University of Florida, the study involved 17 MR centers across the U.S., Austria and Germany that recruited 1,002 patients to undergo diffusion-weighted MR scans, a form of imaging that measures how water molecules diffuse in the brain.

“MR is less expensive than other radiotracer-based methods because it does not use a contrast agent or injected drug,” David Vaillancourt, professor and chair of applied physiology and kinesiology and a member of the MBI executive committee, told HCB News. “This would reduce cost if used in clinical practice. Also, diffusion MRI is found as a routine sequence on most current 3 Tesla machines worldwide.”

Accurately diagnosing Parkinson’s and related disorders such as multiple system atrophy and progressive supranuclear palsy is challenging, due to shared and overlapping motor and non-motor symptoms. Accuracy for early Parkinson’s diagnosis is about 58 percent, with more than half of misdiagnosed patients in reality suffering from atrophy or progressive supranuclear palsy.

The authors chose diffusion-weighted MR imaging as a medium, due to it being adept at identifying the occurrence of neurodegeneration, and found its use as an automated method to be effective in turning out a differential diagnosis of various forms of Parkinson’s.

Vaillancourt says that part of the objective is to reduce the number of misdiagnosed cases for such conditions, each of which require unique treatment options and different medications.

“I see this method benefiting neurology and radiology for differentiating Parkinson's disease from other forms of Parkinsonism," he said. "It could also benefit clinical trials studying these disorders, since misdiagnosis can be a factor in clinical trials testing new therapies.”

The findings were published in The Lancet Digital Health.