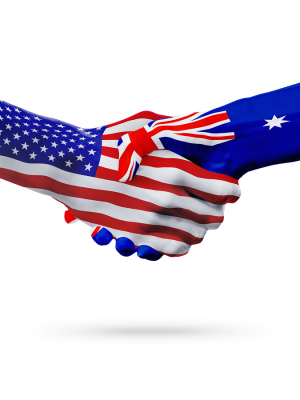 GE is teaming up with three
Australian partners to advance
detection of brain aneurysms
with AI
GE Healthcare has teamed up with Fujitsu Australia, Macquarie University and Macquarie Medical Imaging to leverage the power of AI for the diagnosis and monitoring of brain aneurysms.

The partnership aims to create an AI solution capable of automating tracking, detection and diagnosis of brain aneurysms, which can lead to brain hemorrhaging if not found or treated in time.

“It’s a small procedure, but it is present in two to eight percent of adults,” Saad Sirohey, general manager for global CT digital and clinical applications, told HCB News. “This project is really targeted globally at any team that is looking to determine whether a patient coming in with symptoms of subarachnoid-hemorrhage actually has an aneurysm or not. It would be applicable anywhere where they’re doing assessments for ruling in or out aneurysms and tracking aneurysms over time.”

Of those who experience an aneurysm, more than 10 percent are prone to suffer multiple. The rupture of an aneurysm leads to brain hemorrhages in 85 percent of cases, with 30-40 percent dying and 20 percent of survivors becoming permanently disabled.

As part of the project, Fujitsu will integrate its AI and digital solutions with GE’s Revolution CT scanner, which is built on the company’s Edison platform and equipped with TrueFidelity, a deep learning, image reconstruction capability that optimizes image quality and texture with the least amount of noise. Together, the two will undergo development and testing by Macquarie University and Macquarie Medical Imaging for the eventual formation of a commercialized product for detecting abnormalities and aneurysms.

Specific outcomes of the project include an AI algorithm capable of highlighting blood vessels within the circle of Willis, an arterial ring at the base of the brain that may have one or more aneurysms, and ability to track identified aneurysms over time. Such technology is expected to provide valuable diagnostic information to radiologists, and calm patients with the knowledge that known aneurysms are effectively being monitored over long lengths of time.

The partners also expect to create a planning tool for surgical (stent) intervention that enables fluid dynamic modeling to predict the risk of aneurysm rupture.

“This is really targeted toward how we accelerate capabilities around brain aneurysms; but if you look at the overall space, this really drives toward the Edison Intelligence Platform that we’ve introduced, and how do we actually use these capabilities to introduce intelligence in diagnostics that then can be deployed through Edison,” said Sirohey. “We’re looking at how we can incorporate that into our smart system offering.”

The project is supported by a Cooperative Research Centres Projects (CRC-P) grant of AU$2.1 million from the Department of Industry, Innovation and Science.

The solution, once formed and commercialized, will be distributed to radiology practices initially throughout Australia and eventually worldwide.