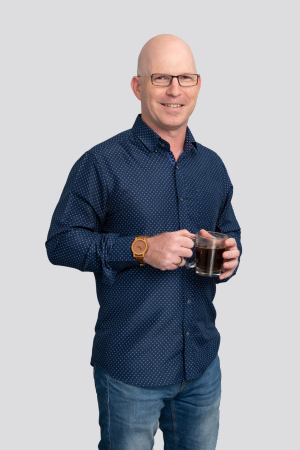 From the August 2019 issue of HealthCare Business News magazine

Anyone familiar with military technology knows there are many instances of it being adopted outside of martial matters. From Silly Putty to ultrasound to satellite imaging, there’s an established history to back the claim. In terms of the latter on the list, there’s an extra step occurring — it’s not a close translation of satellite imaging to a use like road mapping for example. Instead, it’s adapting satellite image theory and pairing it with operational AI to help with healthcare’s big data challenge. To learn more, HealthCare Business News spoke with Avi Veidman, CEO of Nucleai, an Israeli startup seeking to help pathologists find and battle cancer.

Veidman has a background in engineering and AI. He served 20 years in the Israel Defense Forces’ Technology Unit, ultimately serving as head of AI in the Military Intelligence Corps. When he retired in 2017, he decided to use his knowledge and the networking connections gained when developing systems for the Israeli military to find solutions in healthcare.

The work both for the military and healthcare entailed the development of algorithms and systems. In healthcare, the intended use is in pathology and precision medicine. To understand how the medical applications work, one needs to simply consider what satellites do. “When you’re looking at satellite images, you’re looking for very concealed objects which are tiny,” Veidman explains. “I thought, if you can detect concealed missiles or tanks, why can’t you use technology based on a similar premise to detect cancer?”

Veidman explains that combining various sources of information, including satellite images, provides complete intelligence and insights. That’s the same approach in healthcare, paired with clinical information from genomics and labs. “In that sense, there are patterns quite similar in the application point of view,” he says.

This could be a boon to the healthcare system. In radiology there are various sections not being scanned. In pathology, not every pixel is being investigated, which means useful information may be missed.

Recent studies have indicated that while medical imaging accounts for 90 percent of all healthcare data, less than 3 percent of that information is analyzed or used. That gap between collection and usage is part of what Veidman and his team are trying to address. “Any data that was collected was done so for a reason,” he says. “However, if you have a biopsy where you’re imaging the human body, going over all the pixels is not feasible. You could not take into account all that information and that’s where computers come in. They are good at providing much more thorough coverage of those images. They are very proficient at looking into the areas where something is suspect.”
1(current)
2