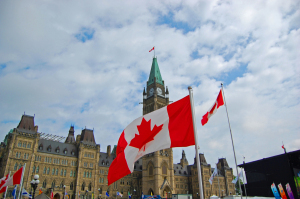 Commissioned by the Conference Board of Canada, “The Value of Radiology, Part II” report specifies that wait times for CT and MR diagnostics has cost the Great White North $3.54 billion in lost productivity annually, and that an investment of $4.4 billion must be obtained between now and 2040 to modernize its medical imaging equipment.

“The major challenge in modernizing Canada’s stock of equipment is that Canada’s CT and MRI machines are old, much older than the guidelines we use to gauge what’s ideal,” Robyn Gibbard, economist for the Conference Board of Canada, told HCB News. “That means that, in the short term, decision makers have to balance two competing goals: modernizing the stock of equipment and reducing wait times.”

Approximately 380,000 people each year are forced to temporarily take leave from work to wait for MR and CT exams longer than the recommended maximum wait time. The loss of workers hinders the ability of firms to produce goods and services, which in turn, hurts GDP and reduces government revenues by $430 million annually.

The costs associated with excessive wait times are unfortunately predicted to increase, due to growing demand for CT and MR services expected to outpace the growth in supply over the long term. Modernizing its stock of medical imaging equipment would require, at this time, 151 new CT machines and 91 new MR machines, a cost of $469 million. This expense amounts to $4.4 billion over the next two decades in meeting demand and keeping machines up-to-date.

The report is a follow-up to The Value of Radiology report in 2017, which presents a framework for better establishing the value of radiology in improving population health and the healthcare system.

The data and analysis of the report were developed independently by the research authors and do not reflect the views or opinions of its funders.

The CAR is currently working with other medical specialties to streamline the process of receiving and processing referrals.