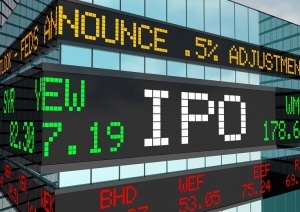 Change Healthcare is upping its proposed 49 million-share offering from $16 to $19 a share, bringing the total raise to as much as $936.4 million.

It also plans to offer "tangible equity units" for as much as $300 million, bringing the combined total to $1.2 billion, according to a Nashville Business Journal report on the company's latest SEC filing.

Some of the money will go toward reducing the Nashville-based firm's $5.8 billion in debt, according to the publication. In addition, the original IPO filing in March was to raise $100 million, which was amended to $200 million a month ago, it noted.

The revenue and payment cycle software firm employs 870 people in the Nashville area and earned $367 million on $2.45 billion of revenues in the nine-month period ended December 31, according to the Journal.

The offering is slated for Friday, and the firm is seeking a Nasdaq listing with the ticker symbol "CHNG," according to investor site Benzinga. The underwriters are Barclays, Goldman Sachs and JPMorgan.

The company merged with the McKesson tech division in 2017.

In its initial SEC filing, Change stressed that as an “independent healthcare technology platform” it uses data- and analytics-driven software that is “designed to improve clinical decision-making, simplify billing, collection and payment processes, and enable a better patient experience.”

It provides everything from “discrete data and analytics solutions to broad enterprise-wide solutions” that make it easier to move data between various healthcare participants — at scale.

“In the fiscal year ended March 31, 2018, we facilitated nearly 14 billion healthcare transactions and approximately $1 trillion in adjudicated claims or approximately one-third of all U.S. healthcare expenditures,” it stated, noting that its reach extends to serving “the vast majority of U.S. payers and providers.”

The report noted that healthcare is dealing with disruptions on many fronts, and as a result, payers and providers are stretched thin as they try to address a perfect storm of change.

“As if insurance market changes, value-based care, consumerization, and regulatory uncertainty weren’t enough, this year the industry is facing a new breed of market entrants and innovators whose impact remains unknown but could be substantial. Even the largest healthcare organizations don’t have the people and processes to move on all these fronts alone, yet they can’t ignore these changes,” noted David Gallegos, SVP, Consulting Services, Change Healthcare in a statement at the time.